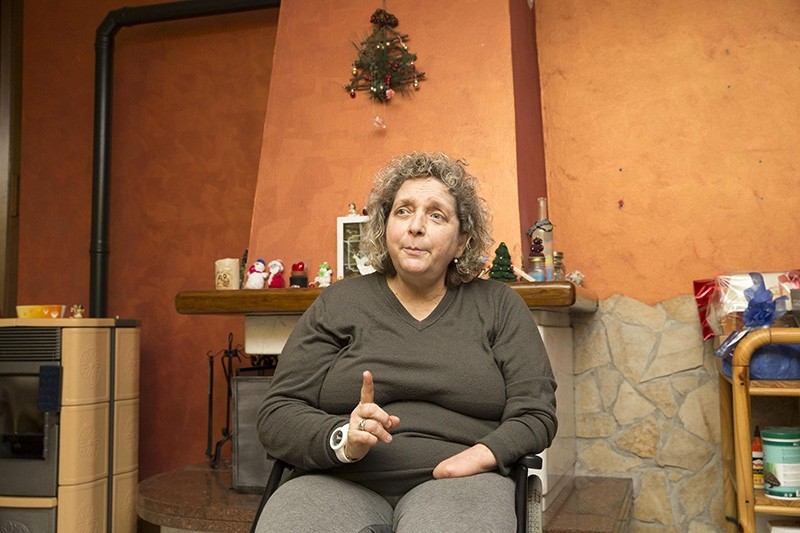 The first bionic hand with a sense of touch to be worn outside a laboratory debuted Thursday after a group of European scientists downsized the technology enough to be used in daily life.

The first recipient of the new prosthesis, produced by an international group of scientists in Rome, is amputee Almerina Mascarello.

Mascarello lost her hand over 20 years ago in an accident but with the sensitive bionic hand, "it's almost like it's back again," she told the BBC.

The bionic hand's sensory features allow its user to detect an object's hardness or softness, allowing the wearer to complete daily tasks previously impossible with prosthetics.

"The feeling is spontaneous as if it were your real hand; you're finally able to do things that before were difficult, like getting dressed, putting on shoes—all mundane but important things—you feel complete," described Mascarello.

The hand's sensors pick up data that is then translated by a small computer into a language that can be understood by the human brain. These signals are transported to the brain through small electrodes implanted into the nerves in the users' upper arm.

The scientists created the world's first sensitive bionic hand in 2014, but its accompanying equipment was too large to leave the laboratory.

The team—made up of neuroscientists, surgeons, engineers and robotics specialists from Germany, Switzerland and Italy—continued to downsize the technology until its current portable version fit into a backpack.

The development team plans to downsize the device even further so that it can be commercialized in the future.

Mascarello wore the bionic hand during a six-month trial, but it has now been removed for further development. She told the BBC she would like wear it again when the device is completed.

The bionic hand is another step forward for neuroprosthetics, a field that bridges machines and the human body.