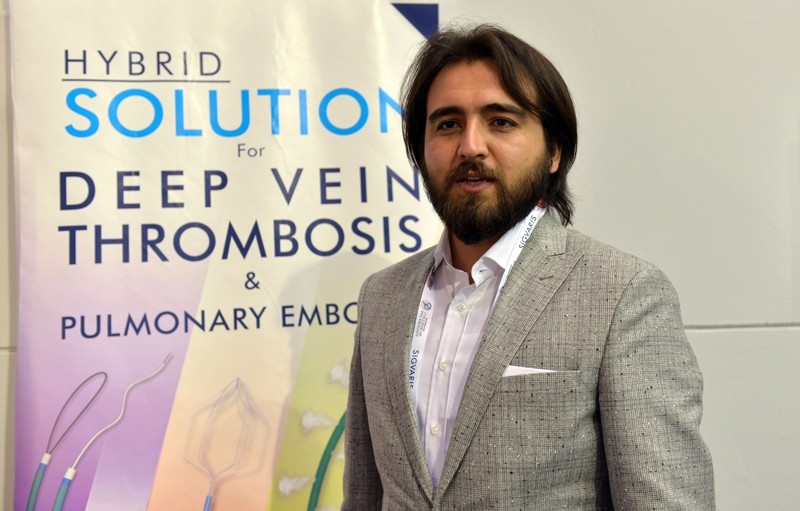 A Turkish-made medical device completed a varicose vein surgery in three minutes rather than hours on Monday.

The surgery was watched live by nearly 2,500 doctors in Melbourne, Australia on the first day of the World Congress of Phlebology.

A Turkish company, producing medical equipment in the field of cardiovascular surgery, unveiled the device during the congress.

Raşit Dinç, a representative of the company, told Anadolu Agency the device is a hundred percent local product.

He added that an Australian doctor used the device to complete the surgery, which usually takes two to three hours, in three minutes.

Prof. Dr. Kürşat Bozkurt, secretary-general of Turkish Society of Cardiovascular Surgery and an academic at Istanbul University Cerrahpasa Medical Faculty said he was proud that the device was made in Turkey.

"We have begun to sell our products and technology abroad," he said.

Bozkurt added that they aim to host the congress in Istanbul in 2021.

The congress hosted by the Australasian College of Phlebology will end on Feb. 8.