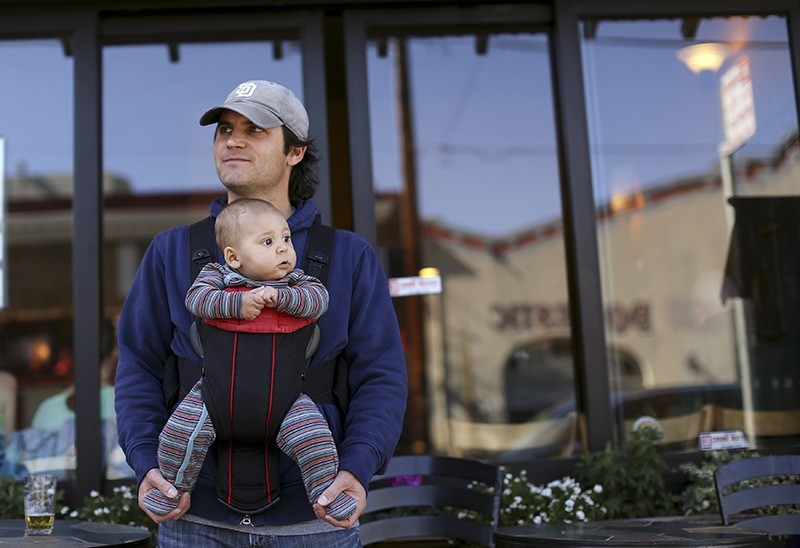 The risk of dying prematurely more than doubles for single fathers compared to single mothers or paired-up dads, according to a study of Canadian families published Thursday.

"Our research highlights that single fathers have higher mortality, and demonstrates the need for public health policies to help identify and support these men," said lead author Maria Chiu, a scientist at the University of Toronto.

The findings, published in The Lancet Public Health, may apply to wealthy nations with similar ratios of single-parent families to Canada, the researchers said.

Chiu and colleagues tracked nearly 40,500 people across Canada over 11 years. The subjects -- who included 4,590 single moms and 871 single dads -- were, on average, in their early 40s when study began.

Nearly 700 died by the end of the monitoring period.

Factoring in that solo dads tended to be older, had higher cancer rates, and were more prone to heart disease, the researchers concluded their mortality risk was still twice as high.

"We did find that single fathers tended to have unhealthier lifestyles," which could include poor diet, lack of exercise or excessive drinking, she said.

Men parenting on their own were more likely to be separated, divorced or widowed than single mothers -- a larger proportion of whom raise babies conceived outside of a relationship, the team found.

Having experienced a breakup is a risk factor for mental ill health.

"These results show that single fathers might be a particularly vulnerable group," Rachel Simpson, an epidemiologist at the University of Oxford, commented in the same journal.

Making matters worse, a 2016 study showed that go-it-alone dads -- even if they acknowledge being in poor shape, physically and mentally -- are less likely to seek professional help than women.

Single-parent households have become more common across the developed world in recent decades.

In the United States, for example, the percentage of children living with single mothers nearly tripled from 8 percent in 1960 to 23 percent in 2016, according to the U.S. Census.

The percentage living with single fathers increased from one to four over the same period.

In Europe, Denmark tops the list of single-parent households which make up 30 percent of the total.

Of those, 23 percent are headed by women and 7 percent by men, according to the OECD rich-country grouping.

The corresponding percentages are 19 and four for France; 14 and five for Sweden, 17 and two for Germany; 16 and three for Canada.

Rates of single-parenthood are even higher in many low-income nations, especially in Africa, according to Joseph Chamie, former director of the U.N. Population Division.

Close to 40 percent of children in South Africa, for example, have their mother as the sole parent, and 4 percent have only a dad.

Other countries with a large share of single-parent households include Mozambique (36 percent), Dominican Republic (35 percent), Liberia (31 percent), and Kenya (30 percent), he noted in a 2016 report.

Researchers at the University of Illinois found that moms on their own make about two-thirds of what their male counterparts earn.

And a study in South Korea, published in PLOS ONE, showed single mothers were three times more likely to become alcohol dependent.