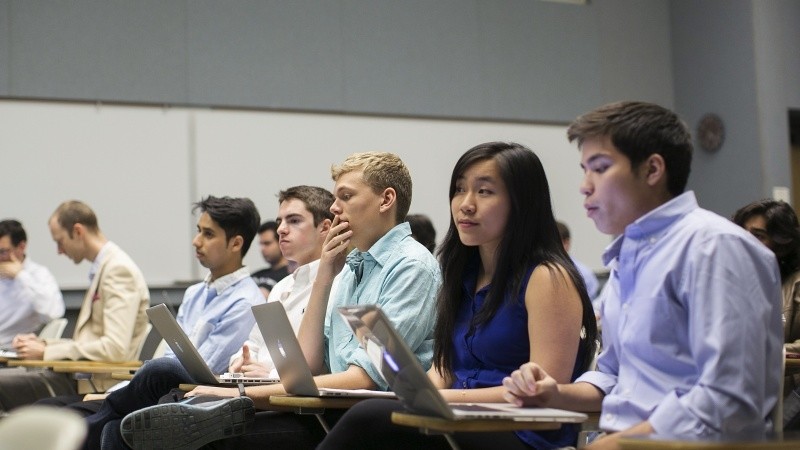 When work, school and other scheduled activities are out of sync with a person's body clock, "social jetlag" results and diminishes performance, researchers say.

The study team used a university computer system to follow nearly 15,000 students' daily rhythms and activities over two years. They found that bigger differences between an individual's class schedule and their natural "chronotype" - morning lark, night owl or in between - were tied to poorer academic performance.

"Social jetlag is the misalignment between an individual's circadian clocks and their environment due to social impositions like work or school," said study co-author Aaron Schirmer of Northeastern Illinois University in Chicago.

"For example, a late-type student who needs to wake up for an 8 a.m. class twice per week is most likely socially jetlagged," he told Reuters Health in an email.

Schirmer and co-author Benjamin Smarr of the University of California, Berkeley, initially wanted to test the hypothesis that late-type students would perform better in evening classes.

"As we continued to analyze the data it became clear that these data could also be used to measure amounts of social jetlag in large student populations. Our recent paper combined these two ideas," he said.

"We were looking for a cheap and simple way to screen the activity patterns of a lot of students while they engaged in academic activities. LMS logins were a perfect solution," Schirmer said.

The data were generated "independent of any study, without recourse to questionnaires or personal logging through diaries or wearable sensors, and without the associated limitations (cost, human-power, etc.) and biases (recall, inclusion, self-selection, etc.)," he noted.

"These data also represent time spent specifically on academically-targeted efforts of some sort. This makes these digital records qualitatively different from other data-mining efforts, such as analyses of data scrubbed from social media sources, as in Twitter or Facebook, where the content and timing are primarily social," he said.

They found that about 4,000 students were naturally more active earlier in the day than average and 3,400 were inclined to be active much later than average. Only 40 percent seemed to have body clocks that were naturally synchronized with their academic schedules.

As a result, 60 percent of students experienced a daily social jetlag of at least 30 minutes, the study found. This effect was associated with worse grade-point averages, particularly among the night owls who took classes at times earlier than they would naturally be most active.

The study doesn't prove that social jetlag causes poorer performance, but the authors think their approach could be used by administrators to assess class scheduling or to identify individuals who might benefit from interventions to mitigate social jetlag.

Social jetlag impacts performance and health, Schirmer said. "As a father, husband, and professor my life can often become chaotic creating a very unstable schedule. I think this is probably true for most people."

An unstable schedule desynchronizes our internal clocks and impacts our performance and health. Unfortunately, these implications are often overlooked and underappreciated, he added.

Schirmer said he hopes the findings "will help the average person be aware, and hopefully take advantage, of their own biological rhythms to lead a healthier life."