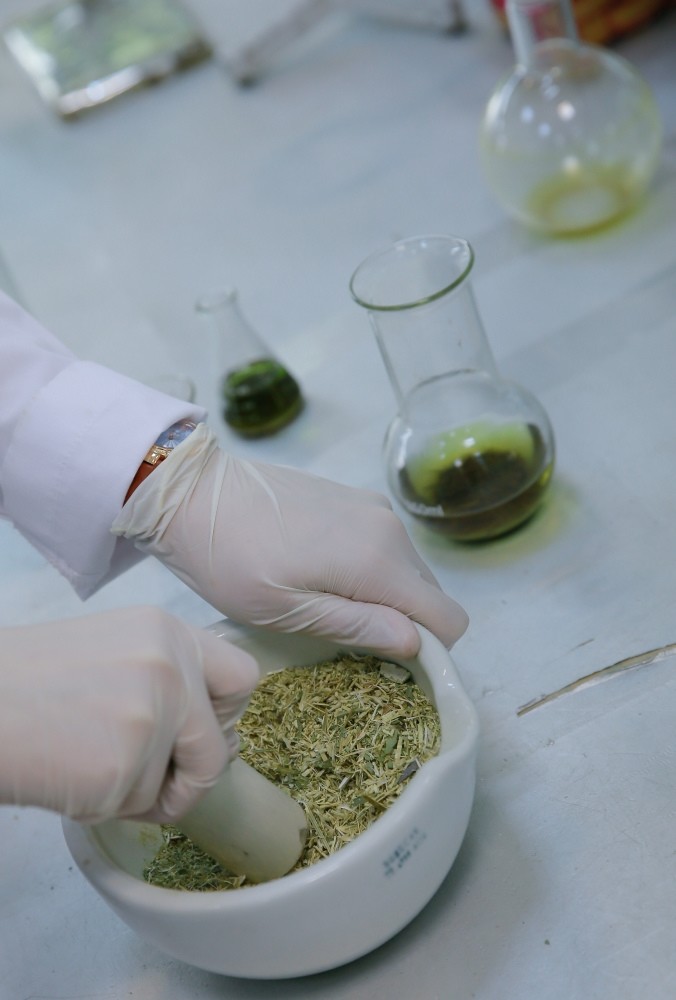 Scientists from the Ege University Faculty of Science have found compounds called saponins that are used in the treatment of cancer in two species of the cephalaria syriaca plant in Turkey and determined these compounds are more active than cancer medicines.

Prof. Süheyla Kırmızıgül, an academic in the Ege University Faculty of Science Organic Chemistry Department, told Anadolu Agency (AA) that they have been studying plants for nearly 30 years and the most important one was the cephalaria syriaca plant.

Kırmızıgül said they have worked on 23 species of this plant that only grows in Turkey, especially in the Mediterranean region, and they determined the anatomy of the plant and tested biological activities of every compound in the chemical context.

Kırmızıgül said that they have found exciting laboratory results in recent years. "We observed that two species of cephalaria syriaca, which only grows in Turkey, are more active than the medicines that are used for lung cancer and some other cancer types. Our aim is to get useful results to serve humanity," she continued.

Assoc. Prof. Nazlı Sarıkahya stressed that cephalaria syriaca is also a wild plant in the central and eastern Anatolia regions and used in bread making by people, being mixed with flour.

Sarıkahya said they focused on learning composite activities of pure substances in the plant and finding new, biological, active compounds in their work, which was conducted in their laboratory.

Indicating they revealed the anatomy of cephalaria syriaca, Sarıkahya said that they found saponins, which are used in the treatment of cancer, in the plant.

The scientists collaborated with Ege University Bioengineering Faculty and searched for the effects of these compounds on cancer cells. Sarıkahya also reported they announced the results of their work in an international scientific journal and introduced them to the world literature.