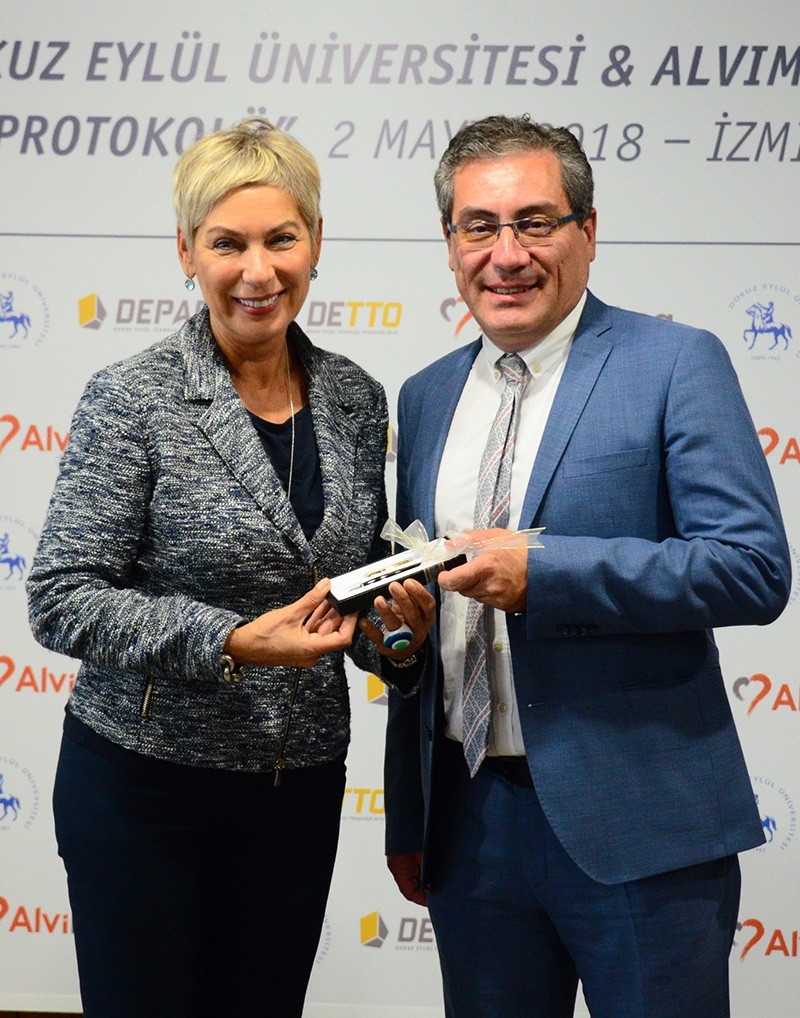 A Turkish researcher at Izmir Dokuz Eylül University has designed a portable blood pumping machine, which is expected to save the lives of people suffering from advanced cardiac or pulmonary insufficiency.

Professor Erdem Silistreli, who has been a cardiologist for 28 years, designed the device together with his team of nine, following five years of intense research amid his tight hospital schedule.

The device, which is only about 20 centimeters (8 inches) in length, can remove large blood clots from the body and return oxygenated blood to patients.

Health specialists can use it anywhere since it is portable, in contrast to existing models which are heavy and immobile.

Patients in serious condition will not have to wait to go to the hospital to get treatment with this device, reducing the risks to their health.

"It is the first time that such a practical and portable device has been designed in Turkey," Silistreli told Anadolu Agency in Izmir.

Usually, patients who are in critical condition and need an immediate response and life-support unit end up waiting to be taken to a hospital, which increases their risk of death.

In Turkey, around 3,000 people with advanced cardiac or pulmonary insufficiency need such a life-supporting unit yearly, according to Dokuz Eylül University figures.

The needs of many of these patients are not met immediately since the machines are expensive and inaccessible. However, the new device may change that soon.

"It is a life-saving machine as it enables immediate response, whether to people who are drowning in a river or have a heart attack in a street or are being taken [in critical condition] to hospitals by ambulance or helicopters," Silistreli said.

The portable device can also be used as a life-support unit at hospitals, which could help patients with advanced cardiac or pulmonary insufficiency.

Our goal is also to make the device user-friendly, Silistreli added.

Erdal Çelik, rector of the Dokuz Eylül University, also hailed the practicality of the device, which is expected to cost less than the existing models.

It is not clear exactly how much the device will cost once it goes into production; however, officials say the cost of the device is expected to be 50 percent lower than existing units.

A preliminary protocol regarding the device has been inked at Dokuz Eylül University with the leading Istanbul-based medical firm Alvimedica.

"We plan to realize the project within a year," Leyla Alaton, president of Alvimedica, told Anadolu Agency.

"It is a value-added device, which will ease access to health not only in Turkey but also in the world. Through this device, we will contribute to expanding life spans," Ismail Tuna, general manager of Alvimedica medical company, said.

Cardiovascular disease is the biggest killer in Turkey, according to an April report by Turkish Statistical Institute (TurkStat). Circulatory system diseases were the cause of death in 39.7 percent of cases in 2017, amounting to 165,323 deaths.