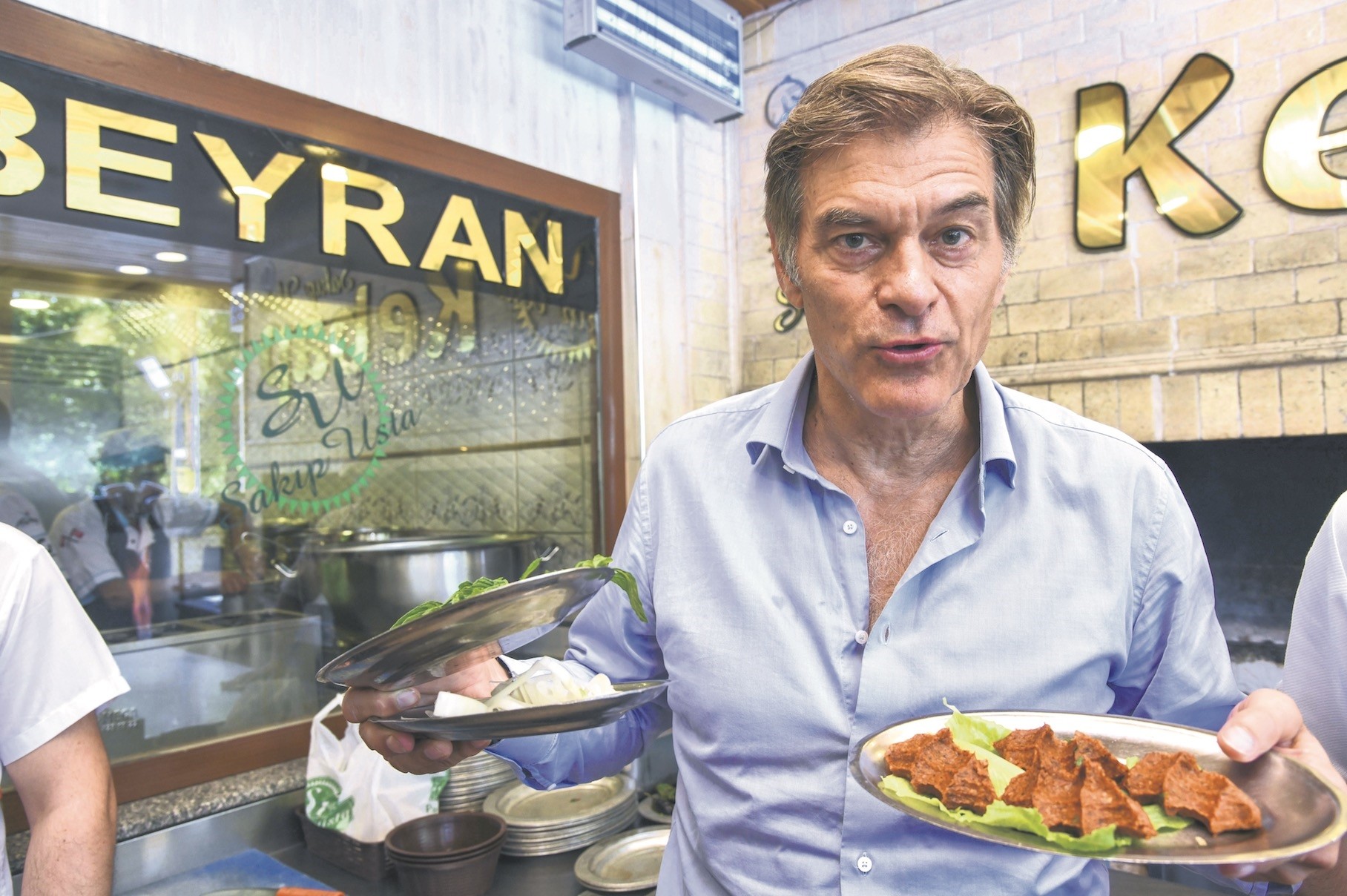 Speaking to the press after having lunch in Gaziantep, which has been recognized as a city of gastronomy by UNESCO, Öz said spices used in Anatolian cuisine have many health benefits and prevent illnesses.

"Using various spices while cooking meat is incredibly good for your health. Spices are recurring ingredients in Anatolian cuisine. Anatolian meals are low in calories but rich in taste," Öz said.

Öz also pointed out that the dining traditions of Anatolian people should also set an example for others.

"When you're having dinner in Anatolia, all family members gather around the table," said Öz and continued: "This ritual allows family members to have their dinner without being busy with computers or smart phones. Having dinner in a healthy and happy environment also impacts health. Moreover, the ingredients in Anatolian cuisines are natural. Although some meals are rich in fat, the habit of eating fruit after dinner minimizes the negative effects of the fat consumed during dinner."

Öz also highlighted that the cuisine and lifestyles of Anatolian people directly affect their health. "Some Anatolian dishes might seem heavy to you but with a little exercise routine, these meals are the cure for everything. In fact, Anatolian people are very hardworking; they work day and night on their fields, shops et cetera. These things are keys to a healthy life."