Half of women will develop dementia, Parkinson’s or have a stroke: study 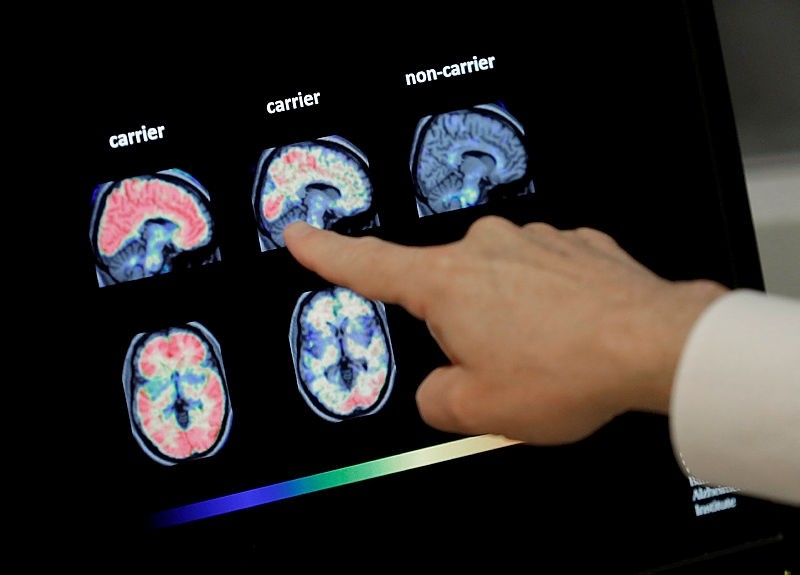 One in two women will develop Parkinson's disease, dementia or have a stroke in their lifetime, a new study suggests.

A group of researchers from the University Medical Centre Rotterdam in the Netherlands monitored 12,000 participants of the study from 1990-2016 and found that half of women and a third of men aged 45 were likely to risk of develop one of three illnesses in their lifetime.

More than 1,400 participants were diagnosed with dementia, 263 with Parkinson's disease and more than 1,200 had a stroke in the duration of the study.

Researchers said that the risk of developing any of the conditions after the age of 45 increases substantially – 48 percent for woman and 36 percent for men.

Dementia was the highest risk for women, who had a 25.9 percent risk of developing the condition after age 45, compared to 13.7 percent of men.

Carol Routledge, director of research at Alzheimer's Research U.K., said that, "This large study underscores the enormous impact that neurological illnesses have across society and how women are disproportionately affected, particularly when it comes to dementia."

Silvan Licher, one of the authors of the study, said: "These are the three most common diseases in the elderly population and also some of the most feared... We noticed that there is much overlap between them. People do not just have one disease in later life but can have two or three at the same time."

However, researchers claim that preventive measures – such as a balanced diet, exercise, healthy weight maintenance and not smoking – could reduce the risk of being diagnosed with the diseases.

High blood pressure, high cholesterol, type 2 diabetes and abnormal heart rhythm were found to be more prevalent at the beginning of the assessment in those diagnosed with one the diseases.

They estimated the risk of developing these conditions could be reduced by 20 percent for 45-year-olds and 50 percent for those over 85 if the onset of the diseases were delayed by as much as 1-3 years.

"These findings strengthen the call for prioritizing the focus on preventative interventions at population level, which could substantially reduce the burden of common neurological diseases in the aging population," the authors said.

The findings of the study were published in the Journal of Neurology, Neurosurgery and Psychiatry.