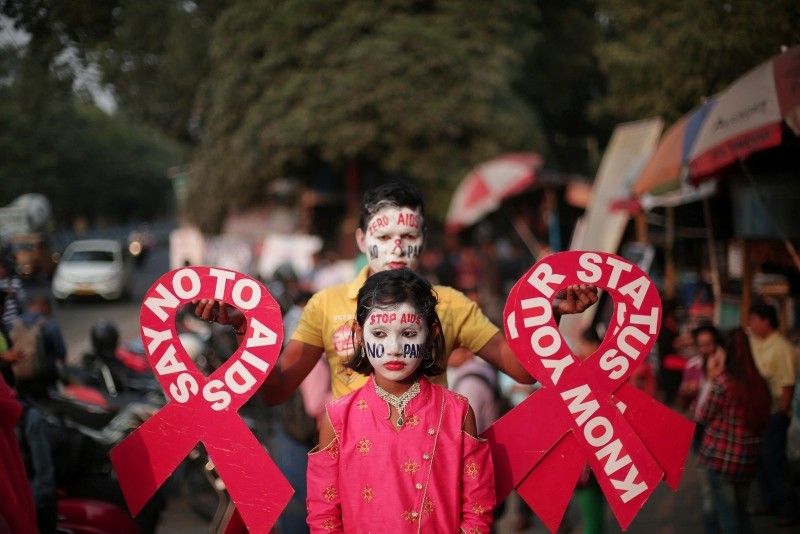 The global campaign to end AIDS has made significant strides but the epidemic remains one of the world's leading public health challenges, affecting almost 37 million people.

Campaigners say one of the biggest challenges in the fight to end AIDS is encouraging people to get tested and making them aware of treatment and prevention services.

The theme of the 30th anniversary of World AIDS Day, which shows support for people living with HIV and commemorates those who have died, is "Know your Status".

Here are 10 facts about HIV/AIDS.

- Increased awareness and access to antiretroviral drugs have more than halved the number of AIDS-related deaths since 2004.

- An estimated 77 million people have become infected with HIV since the start of the epidemic in 1981, including 1.8 million in 2017.

- In sub-Saharan Africa young women are twice as likely to be living with HIV than men.

- South Africa has the world's highest HIV prevalence, with almost one in five people infected.

- One in four people, about 9 million, are unaware that they are HIV-positive.

- Almost 22 million people were accessing antiretroviral drugs in 2017, compared with 8 million in 2010.

- Eight out of 10 pregnant women living with HIV received treatment in 2017, compared with less than half in 2010.