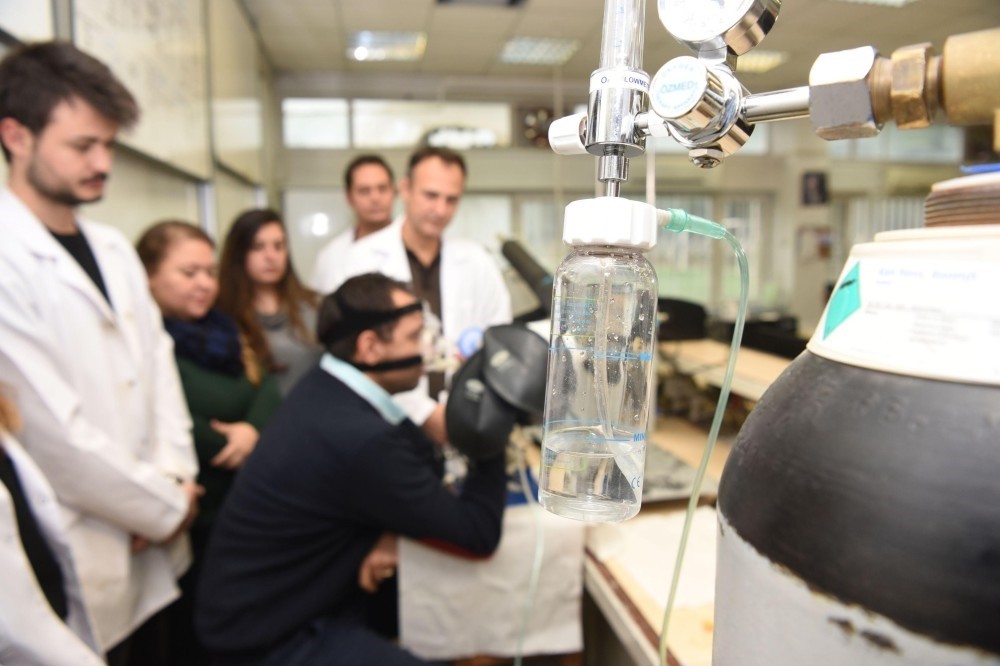 Lung cancer is one of the fatal most types of cancer in the world, claiming millions of lives every year. A group of scientists under the leader ship of İzmir-based Ege University revealed a new project that enables diagnoses of lung cancer without biopsies.

The project, which was developed by 28 scientists from nine universities in five countries, aims to diagnose lung cancer with a simple sample of breath that is later turned into a liquid that the doctors can test.

"With this new technique, we believe that there will be a groundbreaking discovery in the diagnoses of lung cancer," added Budak.

Speaking to Anadolu Agency (AA), project supervisor professor Tuncay Göksel said with the new technique, the diagnosis of lung cancer will be easier and much quicker.

"We will be doing real-time genetic mapping of the patient and if the results are positive, we will be able to determine the treatment techniques. The same analysis can be made with a biopsy, but this is much cheaper and less painful. It only takes 10 minutes to get the sample," Göksel said.