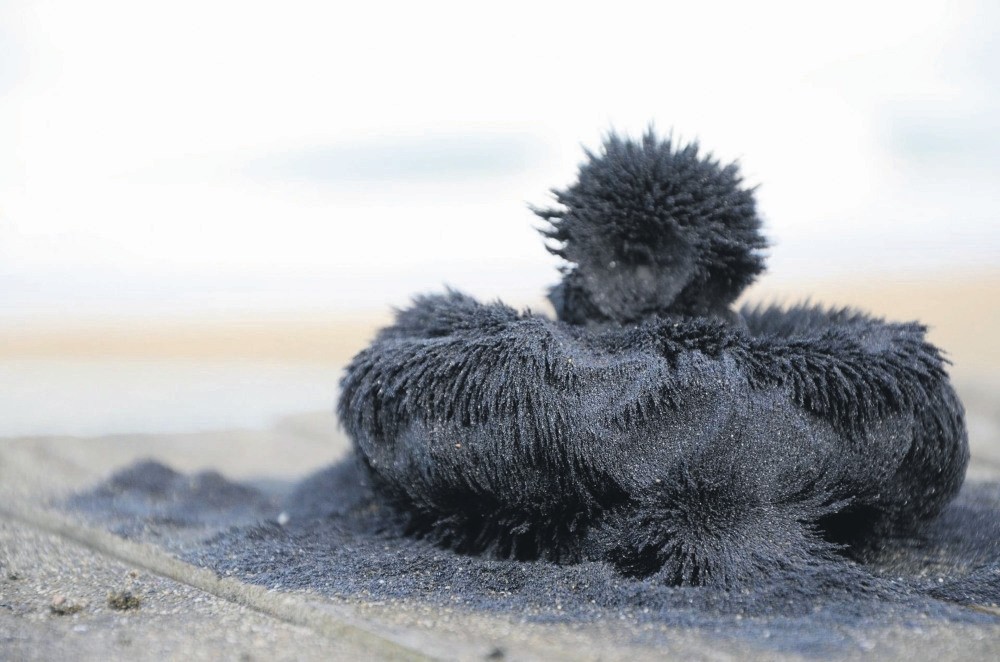 The Black magnetite sand in u00dcnye, Ordu has been used as an alternative medicine for centuries.
by Daily Sabah Feb 21, 2019 12:05 am

Alternative medicine is becoming popular all around the world. Instead of turning to pills for every illness and discomfort, people now tend to try the traditional ways of healing. Turks throughout history have used numerous natural remedies and thanks to the natural richness of Anatolia, the country has fixed its eye on alternative medicine now more than ever.

Searching for new remedies, academics have rediscovered a gem on the beaches of Ordu - black magnetite sand, composed of volcanic minerals and lava fragments. It has been used for thousands of years to soothe pain as well as to treat skin diseases and stress. In Turkey, black sand can be found in Ordu's Ünye district along its 30-kilometer coastline. People have traveled to find the cure to different illnesses since the time of the ancient Silk Road.

Recently, academics from the Karadeniz Technical University carried out a study on the sand that covers the Ünye coastline and discovered that 58 percent of the sand is composed of materials that are rich in iron and 20 other different minerals. The academics said that because of its fine texture the sand helps regulate the bio-energy of people.

Ünye Deputy Mayor Mehmet Yaşar Sezgül said people used to travel to the area looking for a remedy in the black sand. "I remember elderly people sitting on the black sand in the summertime, trying to soothe physical pain. Now, we want people from all over Turkey and abroad to come and try the black sand."

"Apart from its historical and natural beauties, Ünye stands out with its black magnetite sand, which has been used as an alternative medicine for centuries. The sand here is nothing like the sand that covers other beaches. It is composed of countless minerals and believed to balance people's magnetic energy while soothing pain and offer relaxation. The benefits of the black sand have been passed on from one generation to another but now we have scientific proof," he said.

Currently, the local government, as well as the tourism initiatives in Ünye, are trying to promote the health benefits of black magnetite sand to people everywhere.

"We invite people from around the world to come here and find a remedy to any discomfort and illnesses they might have. We plan to build new spas as well as other facilities so that we can offer this black sand for our guests in the best way possible," said Adnan Sobi, the head of Ünye Tourism Managers Association.