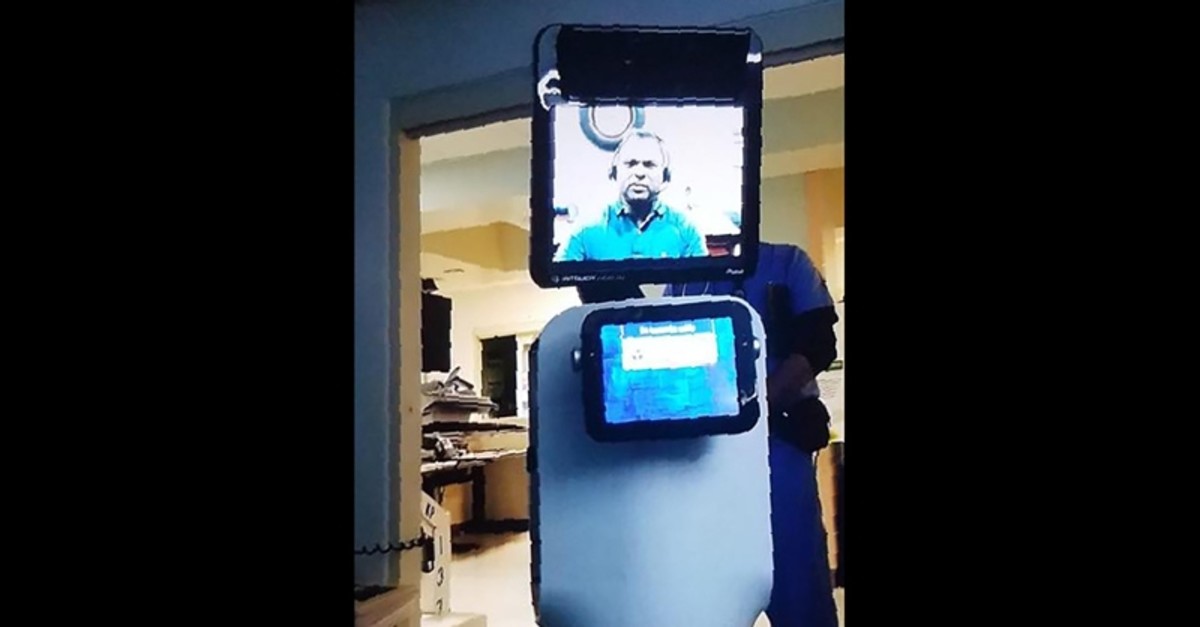 Ernest Quintana's family knew he was dying of chronic lung disease when he was taken by ambulance to a hospital, unable to breathe.

But they were devastated when a robot machine rolled into his room in the intensive care unit that night and a doctor told the 78-year-old patient by video call he would likely die within days.

"That Robot Dr. May be OK for some situations but not to tell a Man he is going to Die," a family friend wrote in a Facebook post that included a screen shot of a video taken by the patient's granddaughter, Annalisia Wilharm.

Wilharm was alone with her grandfather when the doctor remotely told Quintana that his lungs were failing and he would not be going home.

"We knew that it was coming and that he was very sick, but I don't think somebody should get that news delivered that way. It should've been a human being come in," Wilharm told local TV station KTVU.

As her grandfather had a hearing problem, she had to relay the news, KTVU reported.

The Kaiser Permanente Medical Center, where Quintana was being treated, responded in a statement carried by US media in which it offered condolences to the family but disputed the characterization that the news was delivered by "robot."

"The use of the term 'robot' is inaccurate and inappropriate. This secure video technology is a live conversation with a physician using tele-video technology, and always with a nurse or other physician in the room," Kaiser Permanente said.

"It does not, and did not, replace ongoing in-person evaluations and conversations with a patient and family members," the center said.

"We regret falling short in meeting the patient's and family's expectations in this situation and we will use this as an opportunity to review how to improve patient experience with tele-video capabilities."