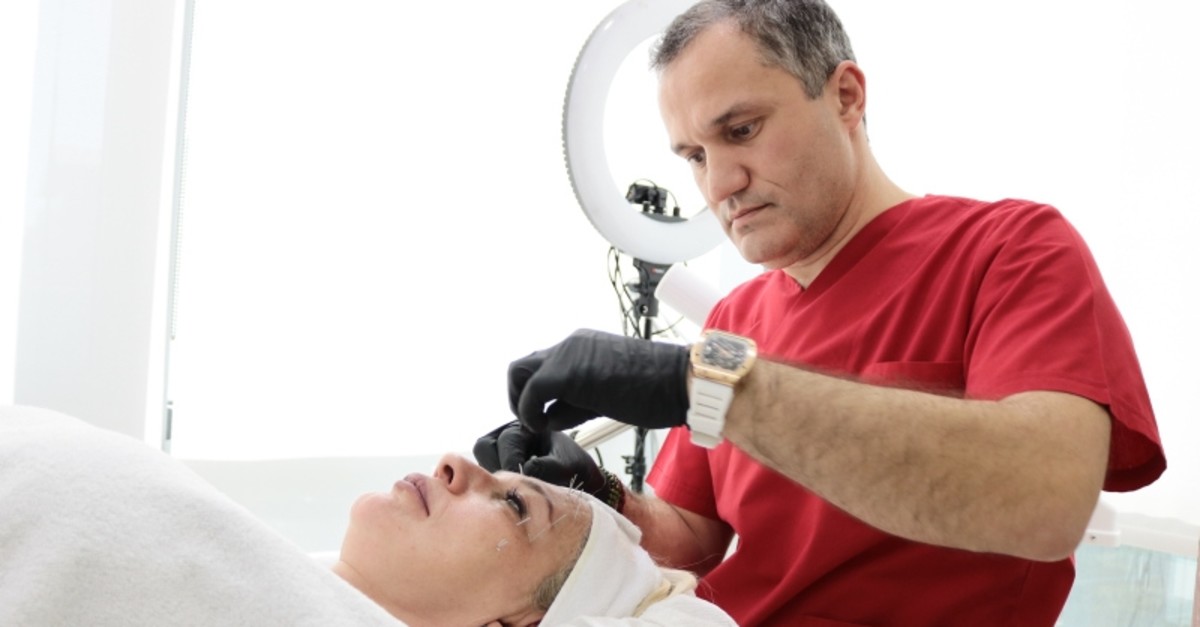 Skin problems such as blemishes, acne scarring, hyperpigmentation marks from the sun or wounds, and wrinkles can be largely eliminated by increasing the individual's own stem cells without a need for a surgery, a recent study revealed.

The study was conducted by a group of doctors from the Cosmetic Acupuncture Academy in the United States, and its results were shared in a congress held in California. The congress, in which natural therapy methods were discussed, was attended by immunologists, dermatologists, and plastic surgeons from around the world.

Speaking about the results shared in the congress, Buğra Buyrukçu, a Turkish immunology expert and chairman of the Women's Health Association in capital Ankara, told Anadolu Agency that discolorations, uneven skin texture and wrinkles were caused by the distortion of the skin's collagen structure which can stem from both genetic factors or aging, and environmental factors such as using too many inappropriate cosmetics or bad eating and drinking habits. He said that not drinking enough water, eating too much sugar and processed foods, smoking and consuming alcohol were some of the factors that damage the skin's structure.

Buyrukçu said that this new method called Natutox, which is a type of natural botox, increases blood circulation in the skin which stimulates stem cells. The stem cells then help increase the level of collagen and elastin in the skin, "allowing blemishes, marks, and wrinkles to fade," he said.

The method, which consists of three stages, starts by cleansing the skin from dirt, grime and toxins, and then pricking the skin with small needles to increase the blood supply to the problematic area — similar to how dermarollers work.

"After the blood supply is increased to the skin, the stem cells responsible for rebuilding begin to work more intensively in the problematic area," Buyrukçu said.

The method could remind many of Kim Kardashian's famous "vampire facial", in which platelet-rich plasma (PRP) was infused into her skin after micro-needling. However, after the needling in Naturatox, an aromatherapy solution is applied to the skin and left on for five minutes. This solution, which increases the amount of stem cells produced, is then followed by red light therapy to kick elastin and collagen production into high drive and help the skin repair itself.

Buyrukçu underscored that the study was conducted on four groups who underwent different types of treatments such as collagen reinforcement and light therapy while some were told to only wear sunscreen.

"With the Natutox method, the scientists achieved a success rate of 76 percent, and wrinkles were significantly reduced while their scars disappeared," Buyrukçu said.

Saying that they already offer the treatment method in Turkey and have observed no side effects, Buyrukçu added that the method does not present an obstacle for those taking medications or those suffering from illnesses such as heart disease or diabetes.

The treatment, which doctors say can be applied to anyone over the age of 30, is offered in 16 sessions and has to be followed up once a year after it is completed. After five years, it is recommended to repeat the whole process.