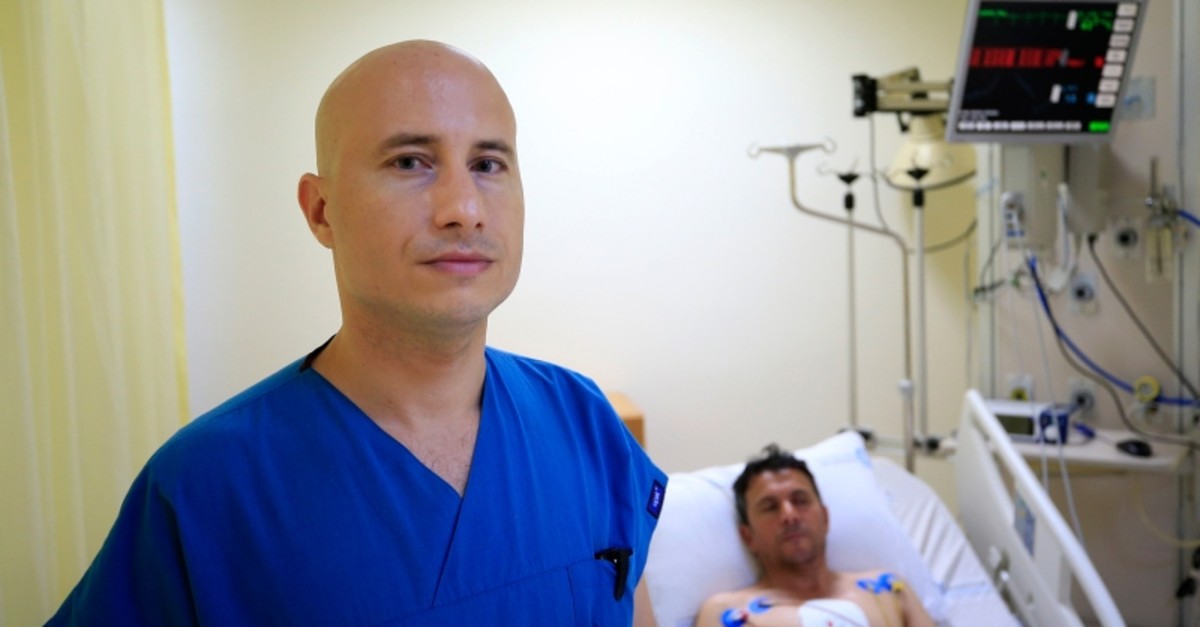 A patient who had a cardiac pacemaker implanted in his chest to manage his life-threatening cardiac dysrhythmias but received 163 electric shocks a day from the device due to multiple heart failures has finally regained his health after undergoing a special procedure administered by Turkish doctors.

The 43-year-old patient, Hasan Ali Kozak from western Turkey's Manisa province, was fitted with a cardiac pacemaker in 2015 due to a type of cardiac arrhythmia called "electrical storm" (ES) that can have serious consequences, like sudden death.

Kozak was taken to Manisa State Hospital on May 3 when he was woken up by strong shocks delivered to his heart by the pacemaker in his chest.

The patient was later transferred to Dokuz Eylül University's Research and Application hospital in neighboring İzmir province, where he was treated with a special method called "three-dimensional radiofrequency catheter ablation" (RFA) instead of open-heart surgery.

Cardiologist Emin Evren who led the operation told Anadolu Agency (AA) that patients suffering from heart dysthymia were being implanted with cardiac pacemakers called "ICD", which are small electrical devices that give rapid pacing impulses or small electroshocks to the patient's heart every time it detects abnormal heartbeat.

Özcan said that in Kozak's case, instead of open-heart surgery they decided to go with this special low-risk method, to destroy the tissues causing the irregular heartbeats with radiofrequency energy, with the help of a catheter inserted through a vein in the patient's groin.

"The deadly rhythm disorder had-s been treated and the patient's cardiac rhythm and blood pressure has returned to normal," said Özcan, explaining that the operation lasted about two hours and the patient is now in good condition.

The patient told AA that "when the arrhythmia occurs, the battery gives such a strong shock that you feel it. The day it happened, it shocked me 163 times. Maybe I would have died if it had shocked me 164 times," adding that he was very lucky to have been offered a second chance at life.