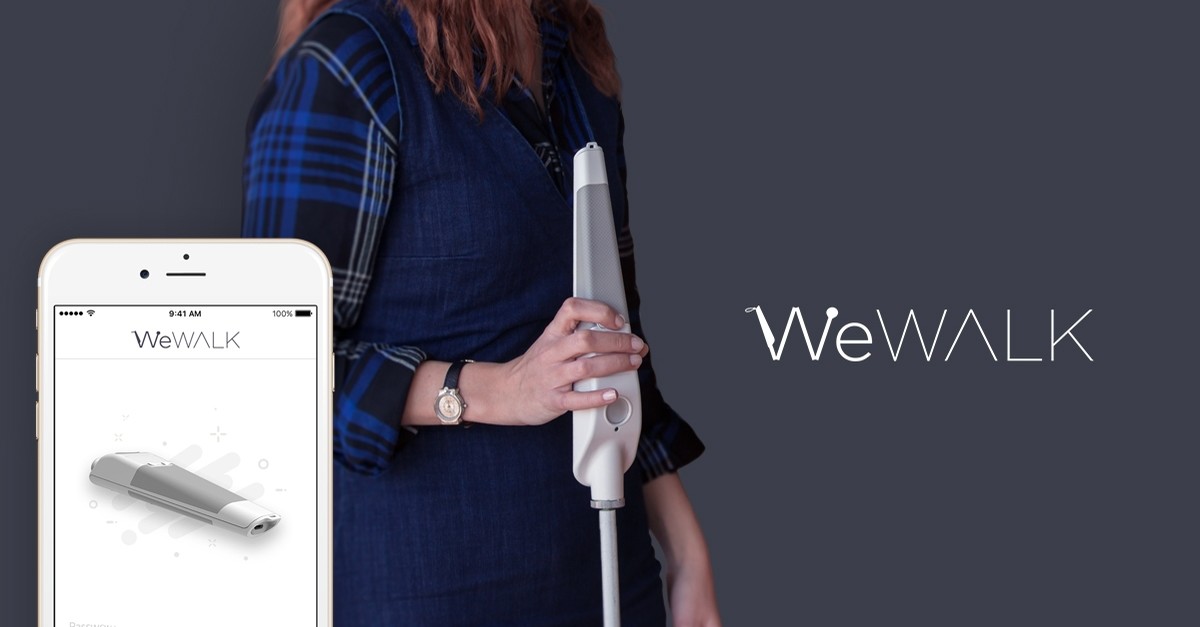 WeWalk is a smart walking cane designed to make life easier for the visually impaired.
by Daily Sabah May 10, 2019 12:18 am

According to the World Health Organization (WHO), there are 253 million visually impaired people around the world. But the traditional walking sticks most blind people use often do not meet the needs.

Standing out thanks to its practical and aesthetic design, WeWalk is integrated with Amazon's virtual assistant Alexa as well as Google Maps. The smart cane features a battery that can be charged with a USB. It comes fitted with an ultrasonic sensor for obstacles, a vibrating warning system and a Bluetooth connection.

The WeWalk project won the Edison Award last year, one of U.S.' most prestigious innovation awards.

At the beginning of this year, the smart cane was showcased at an event in New York. The event was attended by Brooklyn Mayor Eric Adams and project coordinators as well as the members of the Brooklyn-based Helen Keller Services for the Blind, who were also involved in the project.