Peter Pan syndrome: When men refuse to grow up 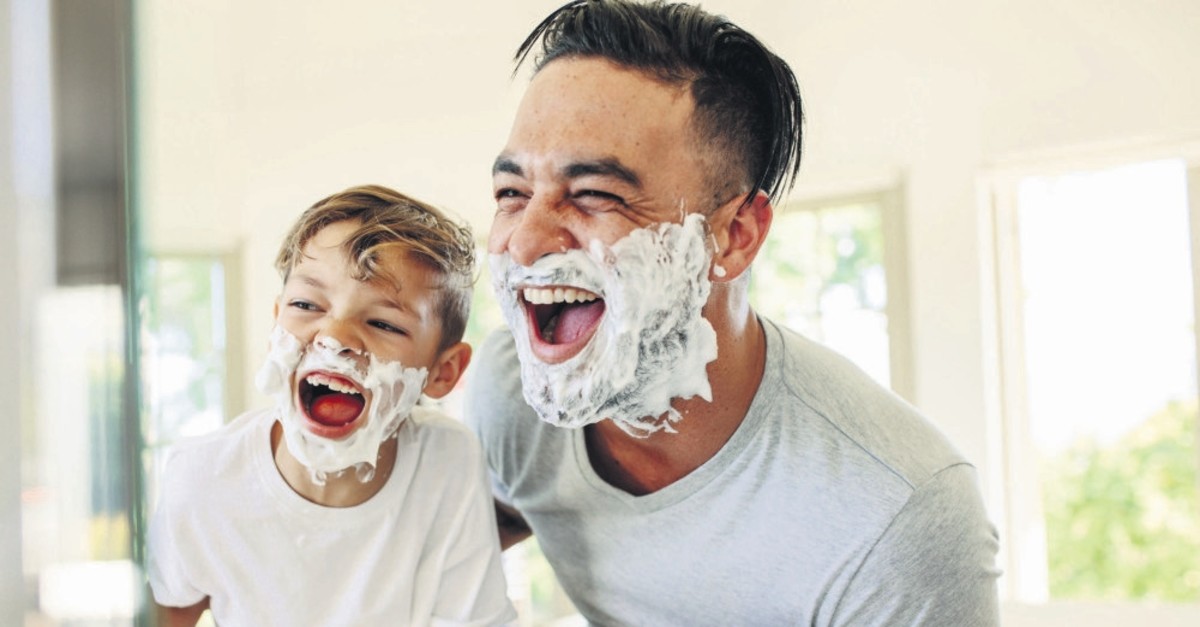 Men with Peter Pan syndrome want to be close to their fathers but feel that they cannot get his approval.
by daily sabah
Jun 10, 2019 12:17 am

Do you know someone who absolutely refuses to grow up? Maybe it is because of Peter Pan syndrome. Here is a wake-up call for you to recognize this problem

Every child is born, grows as part of their personal development and steps into adulthood. However, some men, no matter how old, almost run away from growing up and always want to remain children. This brings to mind the story of Peter Pan, the naughty boy who refuses to grow up. Indeed, it is not a coincidence that this syndrome, discovered by psychoanalyst Dan Kiley in 1983, was named after Peter Pan.

Specialist clinical psychologist Merve Kırna has shared important information about Peter Pan syndrome, which is seen in men between the ages of 14 and 50 and reveals itself with the fear of growing, avoiding responsibility and childish behaviors. Although men with this syndrome appear to be a mature individual in age, they remain a child in speech and behavior. Described as attractive by people who do not know them, these men make positive impacts on people as a first impression. Usually staying away from marriage, they prefer to live with their families to avoid responsibilities and to lead a comfortable and carefree life. They have difficulty in deciding which profession they want to work in and in completing their education. Educated ones think that they should do more instead of being satisfied with their current situation.

Stressing that people with Peter Pan syndrome are usually numb emotionally, Kırna stated that these men reflect their anger as rage and their sadness and grief with involuntary joy and childlike jokes.

These men feel inadequacy against criticisms and often use defenses by saying "I don't know" or "I don't care." They are lazy. They usually want to have a sense of belonging. As their tolerance to being alone is low, their efforts to make friends are high. After their adolescence, they make an intensive effort to find a girlfriend. However, they keep the girls away from them because of their immature behaviors. Sensitivity to being rejected causes these soft and gentle people to hide behind hard and rude manners. They can be with countless people to prove themselves sexually. When they decide on a person, they are totally attached to her and arouse pity for themselves not to lose them."

Men with Peter Pan syndrome are usually raised in environments where there is no communication or emotional sharing in the family. Kırna said, "When we look at their parents, they are parents who do not set limits, fathers who do not recognize their feelings and are confused because of this issue. And, we encounter over-protective mothers. These men are often angry with their mothers and want to get rid of their effects. But every time they try it, they feel guilty. They try to end their discussions, which they cause through outbursts of anger, with childish apologies. They have alienated feelings towards their fathers. They long to be close to their fathers and have a sharp sense that he cannot get his love and approval."

Individualization of men with Peter Pan syndrome is of great importance. Families must accept that their child is an adult and act accordingly. Spouses should behave in a way that makes them feel that they are an individual instead of being protective, guarding, assuming their responsibilities and acting as if they are a child. Here are the behaviors of these men in different age groups:

Between 12 and 17: Irresponsibility, anxiety, loneliness and sexual role conflicts are shown. They escape from their duties and stay alone.

Between 18 and 22: In this age, self-absorbed, narcissistic and chauvinist attitudes dominate.

Between 23 and 25: An uncertain and general state of dissatisfaction, seeking help by complaining about this dissatisfaction, unhappiness and a period of severe crisis due to uncomfortable feelings are seen.

Between 31 and 45: People with Peter Pan syndrome who are married, have a child and work, find life boring, have a monotonous life and are in a desperate situation.

Above 45: Older men exhibit agitated behaviors in a depressive mood. They think of getting their youth back, try to be a child again. They find their life boring, and therefore want to move away from it.