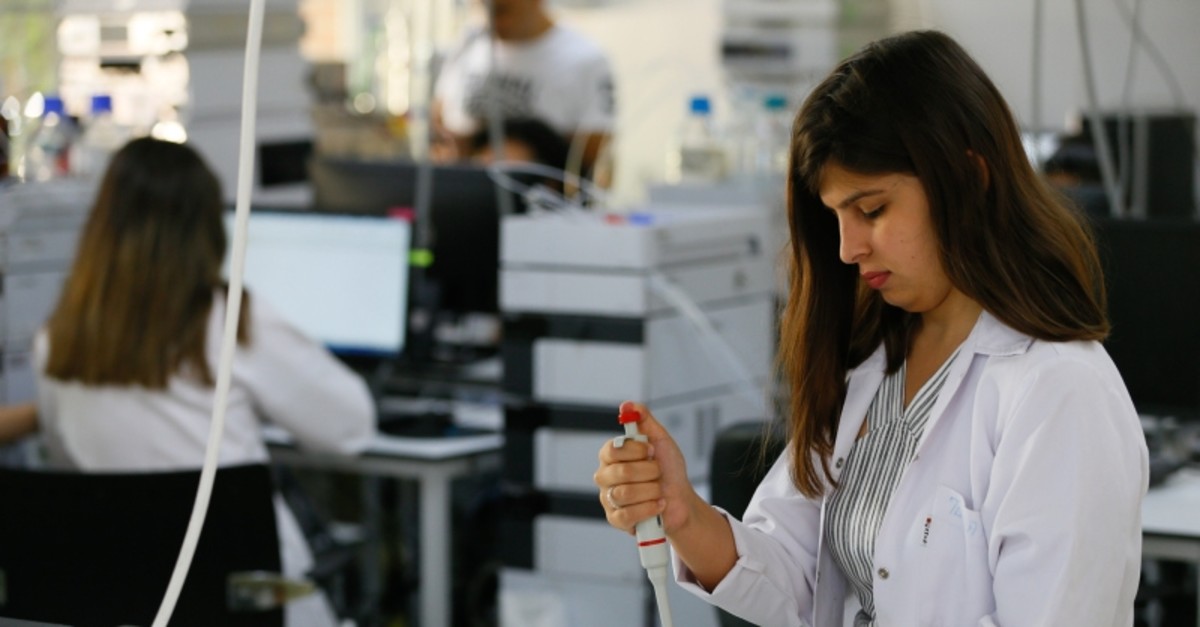 A team of Turkish researchers developed a nano-technological drug delivery system that can overcome the natural defense mechanism that prevents drugs from reaching the tumor in brain cancer patients, without harming any healthy tissues, unlike the chemotherapy method that is generally used in treatment of the disease.

The system, which involves the administration of the medicine through sniffing, was developed under the scope of a project carried out at Ege University (EU) Drug Development and Pharmacokinetic Research and Application Center (ARGEFAR), and was supported by Turkey's leading science body TÜBITAK.

ARGEFAR Product Development Officer Şenay Hamarat Şanlıer, who is also an associate professor at EU told Anadolu Agency that the delivery system will allow the medication to reach the cancerous tissue without being prevented by the "blood-brain barrier" which is a natural protection system that does not allow the passage of molecules from the outside to protect the brain, including medicines.

Saying that they have been carrying out studies on the targeted treatment of different types of cancers for many years, Şanlıer noted that they began to work on the treatment of brain tumors after she lost one of her relatives and her assistant's brother to brain cancer.

Şanlıer stressed that because of the aforementioned protection system in the brain, patients cannot be treated but their life span can be extended, adding that the newly developed drug delivery system may be new hope for the treatment.

"By modifying the cancer drug which normally cannot reach the tumor tissue, restructuring it with a nano-technological approach, we make it pass through the barrier very comfortably," Şanlıer said.

Noting that one of the major problems in cancer treatment via chemotherapy drugs is that while reaching the cancerous cells they can also damage healthy tissues, Şanlıer said that in those cases, the patient dies not of cancer but of organ failure.

Şanlıer further noted that unlike the chemotherapy method with the delivery system the drugs are administered to the patient through the nasal route by sniffing, which will ensure that the vascular access will remain closed and the medication will directly reach the brain without entering the bloodstream.

The laboratory experiments and the experiments on lab mice have been carried out successfully, Şanlıer said adding that they are now carrying out necessary procedures in order to receive a patent for their system.