Trapped by video games, children need help to find a way out 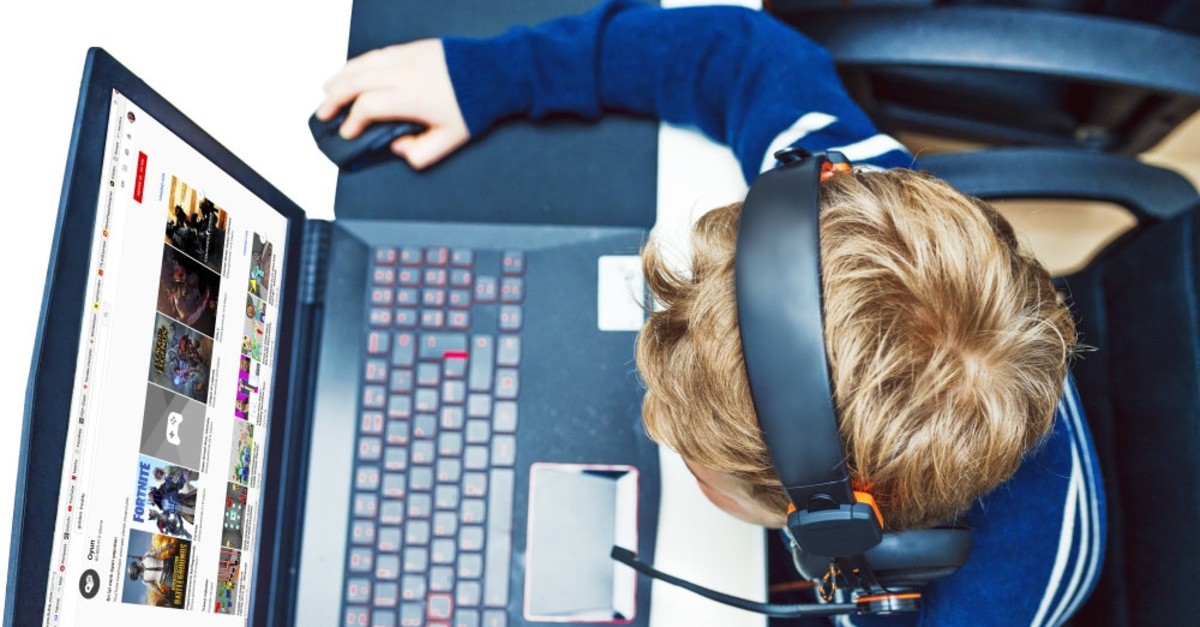 According to experts, gaming disorder is one of the most common psychiatric problems among kids.
by Anadolu Agency Jul 11, 2019 12:10 am

By spending hours on video games and mobile devices, children are under threat of being cut of from the real world

The technological revolution has changed many traditional practices over the years with many breakthrough developments, and children's games are no exception. With children now having easy access to the latest gaming technology, their parents are worried that they have become addicted to games, since they spend hours on mobile devices, computers and consoles.

These concerns prompted the World Health Organization (WHO) to include gaming disorder on its list of behavioral disorders and mental health conditions in 2018.

Gaming disorder is defined as the "increasing priority given to gaming over other activities to the extent that gaming takes precedence over other interests and daily activities," according to the WHO.

"Gaming disorder is one of the most common psychiatric problems," Ercan Dalbudak, an associate professor of psychiatry, told Anadolu Agency (AA) in an interview.

Dalbudak said children will fall into the gaming trap when they have a strong desire to play games, continue "playing compulsively despite the negative consequences" and cannot control their behavior. Stressing that introducing children to screens at an early age is not preferable, he said it would be better to limit their contact with screens until the age of three.

"Gaming addiction leads to problems such as isolation from social life, declining academic success and problems at work," said Dalbudak, adding adolescents ranging in age from 10 to as old as 21 are the main risk group.

His clients are mostly the parents of adolescent children who complain about their children's excessive gaming habits, especially gambling, he said. "Gaming disorder is common among those who have an attention deficit disorder, hyperactivity, high impulsivity or a tendency toward depression or anxiety," he added.

Although it is not possible to completely avoid screen exposure in today's world, families should keep mobile phones, tablets and computers away from their children and prevent them from taking their tablets to their bedrooms, he said.

Speaking about whether it is possible to tackle gaming addiction, he said there are some ways such as diagnosing risky situations at early ages, spending quality time with children, finding activities suitable for their children's age and intelligence and helping them socialize.

Highlighting that parents should determine and limit screen time, he said they should set up applicable rules. "Parents should first set up rules for themselves and obey them. They should avoid spending time on screens in front of their children," Dalbudak suggested.

Contacted by AA, a mother of a nine-year-old boy complained about his excessive gaming habit.

"When we tell him that his playing time with the tablet is over, he immediately gets angry and edgy and gives us the 'sad face'. He refuses to do anything that we ask of him," she said on condition of anonymity. She added that her son is shy and communicates less with people compared to his peers. "He has difficulties playing other games except digital ones with his friends. He gets bored easily. It is not something limited to my son but common with his peers. They do not know how to play outside." She added that she encourages him to speak and be socially active with others in real life.

Children's exploration of the world through observing and interacting with others has changed into an artificial experience conducted through tablets and mobile phones, said Bilal Sambur, a professor at Ankara's Yildirim Beyazıt University.

"Until children reach 14 or 15, their use of digital devices must be minimized as much as possible," Sambur said.

Bucking the misconception that since some games are beneficial for children they can play those games as much as they want, Sambur said "that is a big illusion. Children could be addicted to all games."

"In some games, there are missions like kidnapping, robbery and growth through drug trafficking, and it is determined as a game rule that the level can only be passed if a certain number of drugs are bought or sold," said Deniz Unay, an Istanbul-based social media specialist.

He said there is an attempt to justify some threatening elements of society by creating perceptions through games.

Emphasizing that the limitation or prohibition of virtual platforms is never a solution, Unay suggested that people of all ages should be educated and informed about these issues. "I warn families here. Tablets, mobile phones and computers are not your children's babysitters. We must take care of our children. If we leave them vulnerable in an unfamiliar environment, any harm they suffer is directly our fault."