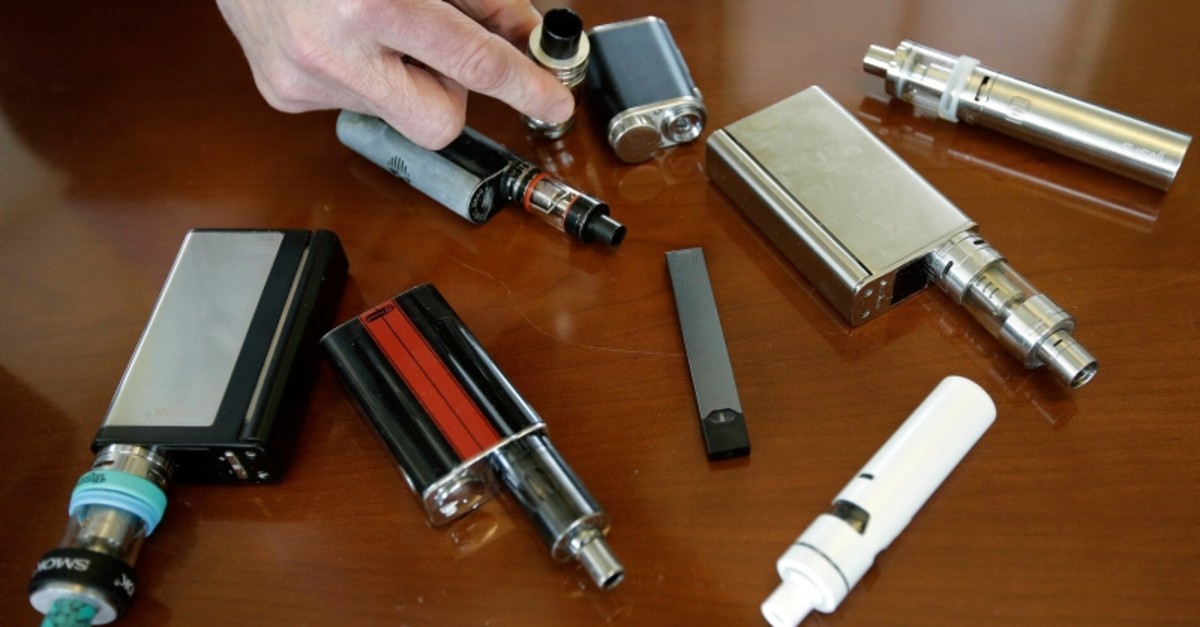 In this Tuesday, April 10, 2018 photo, Marshfield High School Principal Robert Keuther displays vaping devices that were confiscated from students in such places as restrooms or hallways at the school in Marshfield, Mass (AP Photo)
by Aug 24, 2019 10:49 pm

A person in the U.S. state of Illinois has died amid a wave of e-cigarette-related lung illnesses, US health authorities said Friday.

Authorities cautioned that they have not pinpointed an exact compound or product that is causing the respiratory illnesses, but over 190 cases have been reported in 22 states apparently connected to e-cigarette smoking, known as vaping.

The death was made public during a conference call with reporters held by officials from the Centers for Disease Control and Prevention (CDC), Food and Drug Administration (FDA) and the Illinois Department of Public Health.

The statement comes as the CDC on Wednesday already said 153 cases of apparent vaping-related sickness were reported.

Dr. Brian King, a CDC deputy director, said that the aerosol within vaping devices are known to contain harmful products like heavy metals and cancer causing chemicals, but none of these have been specifically tied to the wave of illness.

It is also unclear what percentage of the patients used nicotine, marijuana-derived products or other products inserted into the devices.

The incidents occurred mostly among adolescents and young adults.

Earlier this year, the U.S. Food and Drug Administration (FDA) warned of a potential safety issue with e-cigarettes after receiving reports of seizures among people who use them.

In general, smoking has hit its lowest levels recorded in the U.S., but health officials are concerned by the rise of vaping, especially among teenagers, which has been popular for nearly a decade.

King said it is possible that previous cases of vaping-related illnesses were not reported.