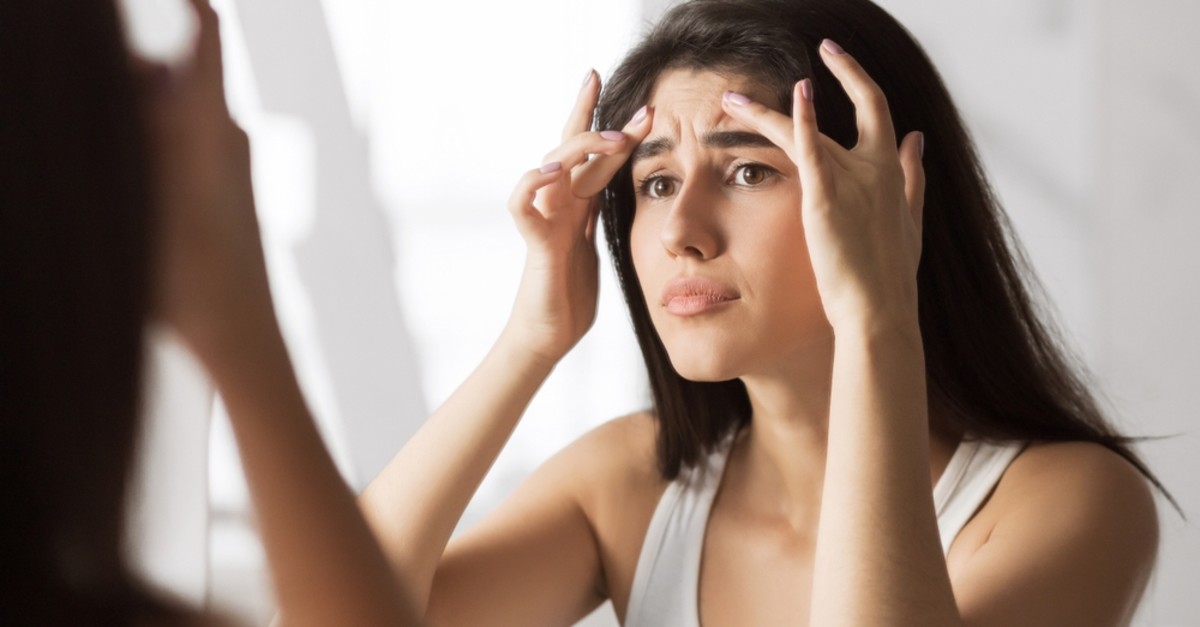 The patients with Quasimodo syndrome generally examine their facial region and find a new flaw every time.
by Daily Sabah Aug 26, 2019 12:11 am

One in every four people on Earth suffers from a mental or behavioral disorder according to statistics. Would you like to learn about one of the most unusual one among them, Quasimodo syndrome?

According to a report by the World Health Organization (WHO), one in four people in the world will be affected by mental or neurological disorders at some point in their lives. Around 450 million people currently suffer from such conditions, placing mental disorders among the leading causes of ill-health and disability worldwide. To reveal how complex the human mind is, it is time to examine one of the most unusual mental disorders: Quasimodo syndrome.

Named after the Quasimodo character in Victor Hugo's "The Hunchback of Notre Dame," Quasimodo syndrome, or body dysmorphic disorder, means that the individual finds non-existing flaws in their bodies and feel uncomfortable with them. Specialist psychologist Sena Sivri said that people with Quasimodo syndrome always examine themselves in a mirror and find a new flaw every time.

"These thoughts destroy the functionality of the patients. Due to the unhappiness caused by this situation, they turn in upon themselves. The feeling of dissatisfaction with their body makes them distant from business and social life. As the illness progresses more, the patients cannot go out of their homes. In advanced phases, they can even try to commit suicide," she said.

This syndrome generally emerges during puberty. Along with genetic predisposition, social norms and the beauty perceptions spread across social media are the triggering factors of the syndrome. Sivri explained three significant signs of the Quasimodo syndrome and made suggestions.

Too much time worrying

The basic sign of this syndrome is that the individual examines himself/herself too much and finds flaws in his/her image. These examinations that take so much time are especially focused on facial region. The patients with Quasimodo syndrome need to get other people's opinion about the body part that they find faulty. They accept themselves to be ugly by asking how their imaginary flaws look. What others or experts say is not persuasive for them. These people often knock on the door of plastic surgeons and dermatologists and get larger or smaller operations. If their surgeon does not approve or finds the operation unnecessary, they can go to less competent people to have it done and risk being damaged.

People with the Quasimodo syndrome are always hesitant in subjects such as hair and clothing style and think that their imaginary flaws are recognized by everyone and they are ugly. They can make wrong decisions in everything in their lives in line with their perception of beauty. People with this syndrome say things like, "I am so ugly or my eyes, my nose, are ugly."

In the points when they have to make a decision about their lives, their self-perception as ugly creates low self-esteem and discourages them in many subjects. Besides, their obsession with beauty blocks their interest and perception in other areas of life.

Patients see their imaginary flaws which cannot be recognized by others as a serious handicap and deal with them continuously. Because of this perception, they show repetitive behaviors. For example, looking at a mirror, try to hide something or correct something, seeking approval for confidence and beauty are some of them. While comparing their features with others, their life quality gets spoiled in time. They become introverted and do not want to go out. The only thing that they do becomes to correct their flaws. In the advanced cases, they can have a desire to end their lives.

The treatment of the syndrome can change in line with the psychological background of the patient's problem. If a psychologist approves, medical treatment can be applied when accompanied by the correct psychotherapies. Cognitive-behavioral therapy and hypnotherapy can be very helpful in such cases. Specialists believe treatment should start on a psychological level before any aesthetic involvement is attempted.