Selficides: Putting yourself in danger for likes 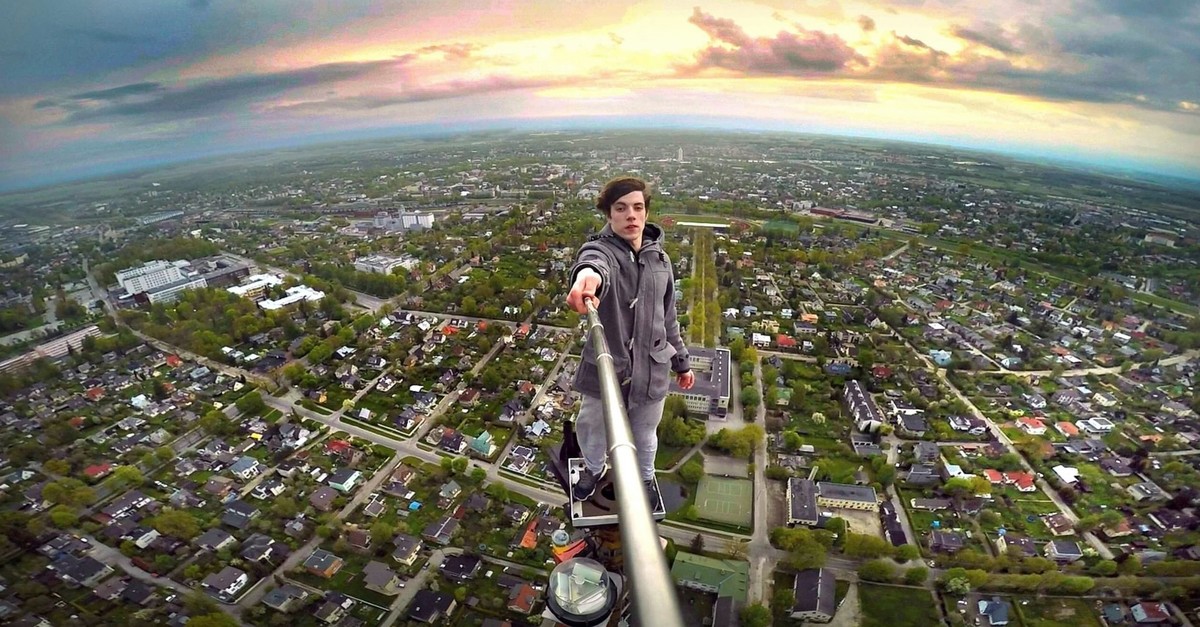 Young people take huge risks to take the most challenging selfies to get more likes on social media.
by Anadolu Agency Sep 16, 2019 12:06 am

As technology invades our lives, taking selfies has become widely-considered a method of self-expression — even when the pursuit of the perfect snapshot becomes the last for many.

Selfie-related deaths sometimes called "selficides" or "killfies - claimed a total of 259 lives worldwide between 2011 to 2017, according to a report by the Journal of Primary Medicine and Family Care. "It is a shame that many people have lost their lives just to take a picture," a Deniz Ünay, a social media specialist, told Anadolu Agency.

Even though women tend to take more selfies, the report shows that men make up about three-fourths of selfie deaths since they are more likely to take risks. Regarding the high fatalities among men, he said: "Feelings of courage, freedom, power, and appreciation stand out which are inherent in men." Ünay added that the strive of admiration and appreciation make men extremely daring. Highlighting the rapidly climbing number of selficides in recent years, he said people seeking approval on social media sometimes indulge in reckless behavior. He underlined that receiving likes and positive comments on Facebook, Instagram and Pinterest was often what motivated people to post unique selfies.

Selfies, a self-portrait photograph from a smartphone, has become a tool to create a personal brand, Ünay said.

People try to create their own brands by sharing selfies on social media, and can sometimes do anything to maintain the sustainability of their brand, he added. "People's desire to strengthen their brand triggers them to go to more dangerous places," he said, adding that some willingly endanger themselves, including a pregnant Turkish woman who fell 230 meters in southwestern Turkey while trying to take a selfie. Where there is a rock, a cliff or a tall building, it is possible to see people taking selfies there," he said, noting that some were unaware of their own limits. A Russian girl who fell from her ninth-floor house, and an Indian man who was killed by a bear while taking selfies are other examples of selficides. The highest number of selficides was reported in India followed by Russia, the U.S.and Pakistan, according to the journal. Ünay also emphasized that people choose their smartphones based on its front camera quality, which will give them better selfies.

"Today, the front camera of a smartphone is designed to take a camera-quality selfie," he said, adding that this has become a commercial way to lure enthusiasts. Along with the production of selfie sticks and selfie shoes, there are many websites that share information on how to take the perfect selfie by offering different poses. Having the necessary high-tech device and knowledge, people have become more passionate of taking flashy selfies, he added. Ünay also said that people choose where to go on vacation regardless of the beauty or serenity of the location. "They just focus on finding a place to take selfies. The only idea in their mind to promote their brands by taking much prettier, specific and incredible selfies," he said.

Touching on the physiologic effect, he said a specific hormone is released in the brain after taking selfies, eventually causing addiction. To prevent selficides, he said, the sociological and psychological background of previous deaths should be well evaluated.