Turkish innovator ready to change the lives of visually impaired 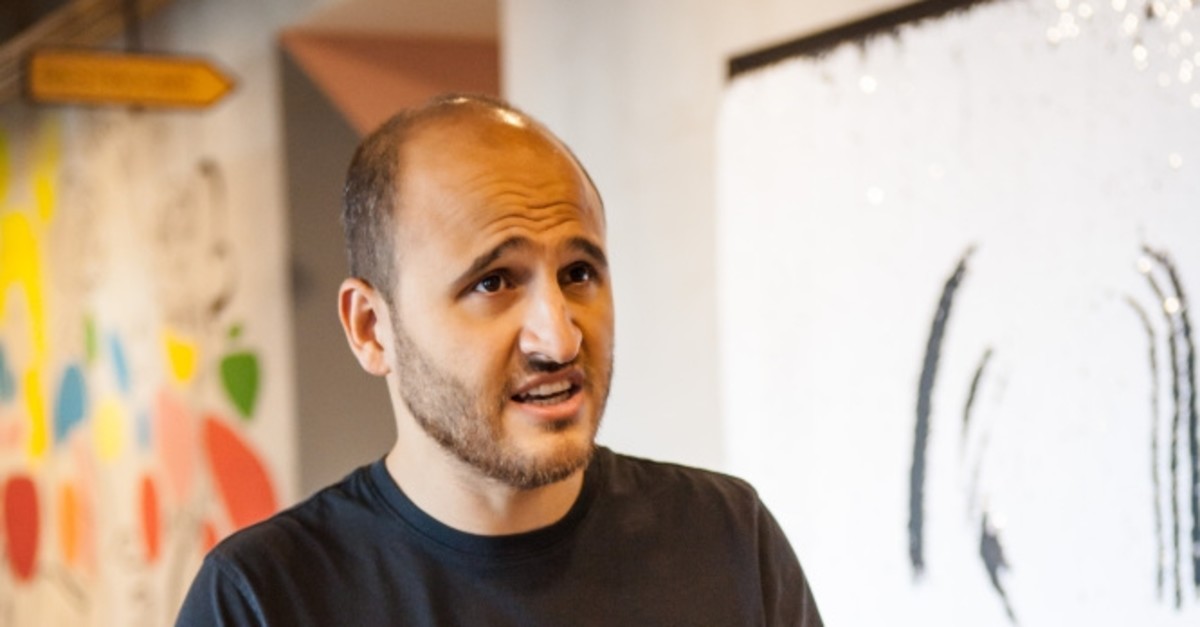 Ku00fcru015fat Ceylanseen with the WeWalk, a smart walking stick developed for the visually impaired.
by Erhan Öztürk Sep 18, 2019 12:14 am

A 33-year-old visually impaired Turkish inventor and a group of engineers have been working on a high-tech walking stick for the last 12 years. After a long wait, Kürşat Ceylan and his team have finally managed to initiate their project called "WeWalk," which is a smart walking stick, with the help of Vestel, one of Turkey's leading technology producers. Despite his disability, Ceylan and his brother, who is also visually impaired, were incredibly successful in their academic lives.

Ceylan graduated from Boğaziçi University, one of Turkey's top universities. Interestingly, Ceylan's university experience was not only limited to formal education. During his time at school, Ceylan also discovered what he wanted for his life and how he could contribute to the public.

"I asked myself 'what do I want in my life?' Hence, I decided to join the Young Guru Academy (YGA), which is an NGO [nongovernmental organization] dedicated to the development of young people.

Tech for the visually impaired

"Before WeWalk, we initiated an indoor navigation system that enables the visually impaired to walk around indoors without needing any help from others. Thanks to this technology, visually impaired people can walk around 28 different shopping malls in nine cities in Turkey all by themselves," said Ceylan. He and his team also developed audio description technology for the movie theaters, which helps the visually impaired to picture what it going on in the movie, talking them through the scenes without any dialogues. However, developing these devices is nothing if people cannot have access to them. Hence, Ceylan initiated collaboration with GSM operator Turkcell and launched the "Hayal Ortağım" (My Dream Partner) application where all these applications are open to the visually impaired.

While Ceylan was working with YGA, he decided to develop a smart walking stick for visually impaired people like himself. For the last 12 years, Ceylan and his team at the YGA have been working on WeWalk, which has been presented at the United Nations as an example project. "We imagined that the smart walking stick for the visually impaired should have three basic qualities. First, it has to detect obstacles and warn the user. The second is the stick's ability integrate with smart devices and the third is for this project to be an open platform for everybody," he added. Basically, the WeWalk smart stick enables the visually impaired. Thanks to the sensors it features, the stick detects any obstacle high or low and alerts the user with vibrations and an audio system. The stick also features a touchpad, enabling the user to give commands to the stick as well. When the user touches the touchpad, the stick's audio system reads the location out loud so that the user knows where exactly he or she is.

With the navigation system integrated in the stick, the user is able to enter the coordination or the name of the place he or she wants to go and the stick directs the user to the location. Thanks to the stick, the visually impaired can go to anywhere they want without any distractions. The stick charges very quickly and can be used for five days straight for four hours daily.

Stick is ready for use

"We finished the WeWalk stick three months ago," said Ceylan. "Currently, visually impaired people in 30 countries around the world are using it. The price for the smart walking stick in Turkey is TL 900 and it is $500 in the U.S. We are also working on an update which will enable the stick to take people to predesignated locations such as government offices and shopping malls. This project will be finished in two months' time. Each update will be downloaded to the stick free of charge."