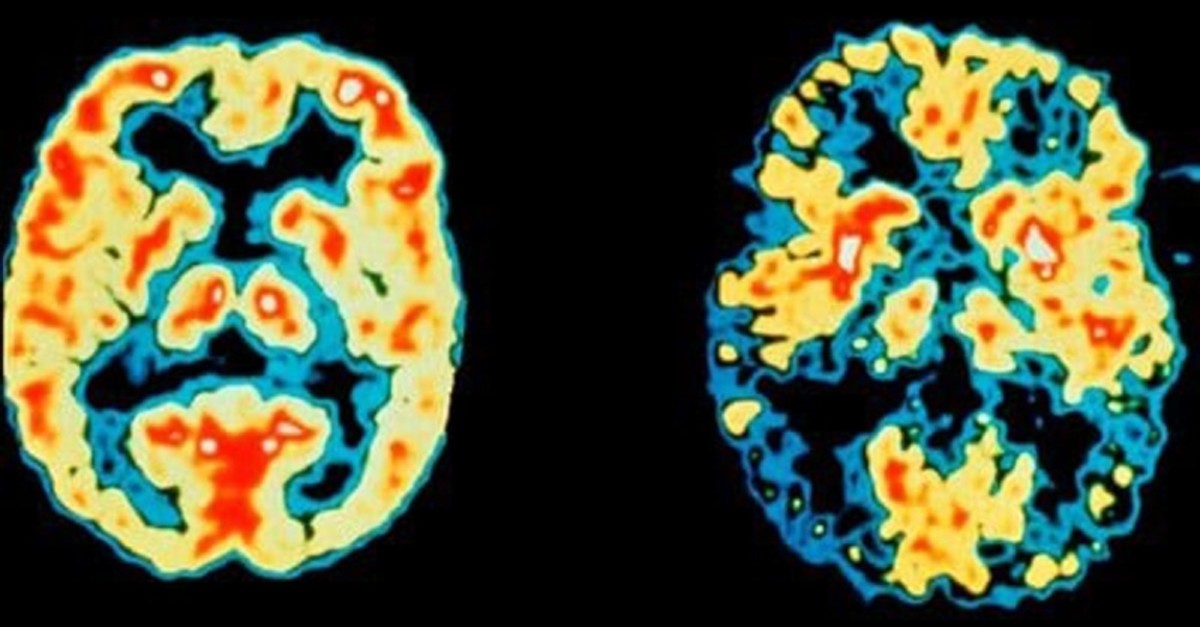 PET scans of the brain of a normal patient (left) versus an Alzheimer's disease patient. The scan on the right shows reduction of both function and blood flow in both sides of the brain, a feature often seen in Alzheimer's. (FILE Photo)
by Anadolu Agency Sep 20, 2019 5:56 pm

Alzheimer is the most common and most destructive dementia type, according to a recent study published in the Indian Journal of Palliative Care.

"We have conducted a research on patients, who are regularly treated at our policlinic for dementia," Mehmet Ilkin Naharcı told Anadolu Agency ahead of Sept. 21 World Alzheimer's Day.

He said dementia occurs with aging and it is a progressive brain disease that causes various mental and behavioral disorders, especially forgetfulness.

Among the symptoms of the disease are learning disability, speech disorder, forgetting the location of the house, not being able to recognize people, indetermination and uneasiness, indifference, aggression, sleep disorder, hallucination and depression, Naharcı said.

He noted Alzheimer is not a contagious or genetic disease. However, he added that there might be a slight level of family predisposition.

In the early stage of the disease, the individual suffers forgetfulness, losing objects and dejection, he said.

In further stages, the individual cannot recognize family members, has difficulty in eating and walking, becomes bedbound and suffers from incontinence.

Naharcı noted that care for these people is of great importance and said: "The patient's sufferings can be reduced by appropriate and accurate care."