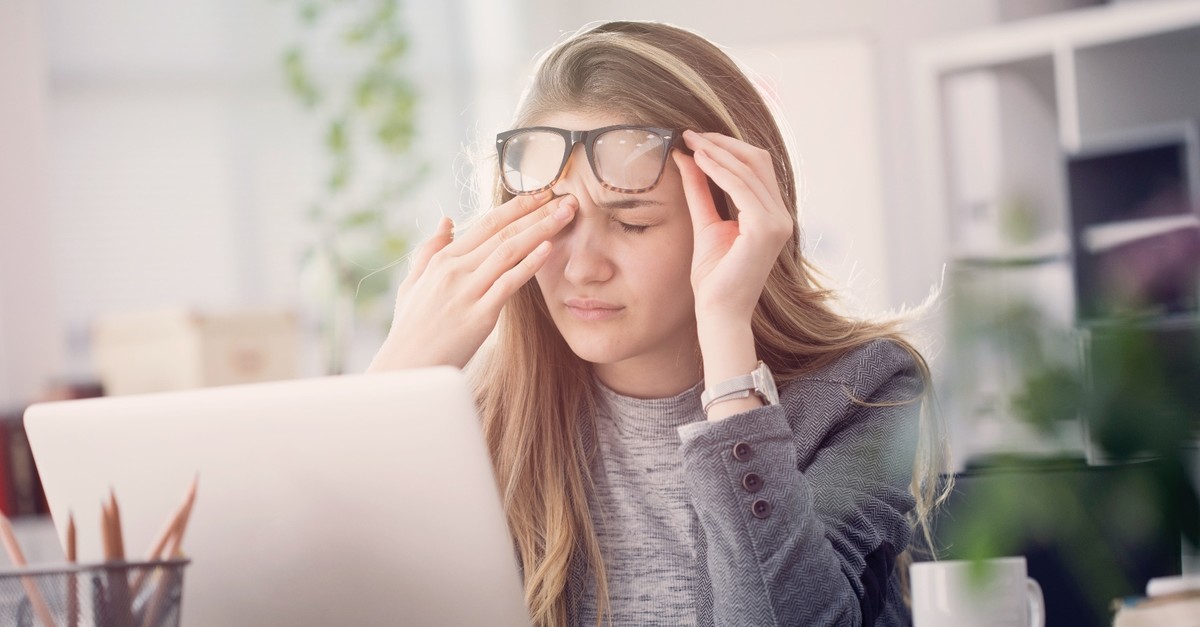 Migraines may be triggered by various factors, from stress to weather changes.
by daily sabah Sep 23, 2019 12:00 am

Migraines, a neurological disease, are triggered by many factors, ranging from food and drinks to seasonal changes. As a matter of fact, even daily weather changes can trigger the disease

While a headache has a general definition, the International Headache Society (IHS) classified headaches under 14 main groups and hundreds of subgroups.

A migraine is classified under the group of primary headaches which are not associated with any other disease and emerge with direct headaches. If the pain is constant and increasing in severity, if the person who suffers the migraine headache for the first time is under 10 or above 50, if the severity or form of the pain that was previously present has changed, if it does not respond to treatment, if the headache is the most severe pain you have ever encountered in your life, and if the pain emerges during a physical activity (while lifting a heavy burden, during sexual intercourse, et cetera) and increases in severity, you should visit your doctor.

About 60% of migraine headaches occur on one side of the head, often accompanied by throbbing. It is accompanied by nausea and occasionally by vomiting. The pain goes on in attacks and might last between four to 72 hours. Among the symptoms are blurred vision and disturbance by light and sound. Physical activities and head movements trigger migraine attacks.

While a migraine is considered to be a genetically inherited disease, the genes responsible have not yet been determined. Environmental factors, such as stress, air pollution, depression, insomnia, nutrition disorders, frequent and close-range use of overly bright and flickering light-emitting displays can also trigger migraines.

It is possible to extend the nutritional list further, but the food that increases migraine pain in each patient might be different.

"What matters is that one should himself discover the food that triggers his or her pain," Neurologist Dr. Nurettin Varolgüneş, said, adding, "Before deciding that important foods in our diet trigger migraines, it is important to be sure that these foods are tried repeatedly by the person."

Due to their biology, women are affected more quickly and more severely by environmental factors, which increase the risk. Migraine attacks are rare in menopausal women. Although migraine attacks decrease during pregnancy, usually between the third and ninth months, they might increase in some pregnancies.

The aim in treatment is to reduce pain-inducing factors and to suppress sensitivity in the nervous system and events that emerge in and around the vein during pain. Basic treatment is divided into two approaches, as preventive and acute attack treatment.

If the pain occurs once or twice a month, only acute attack treatment is recommended. Simple painkillers, nonsteroidal anti-inflammatory drugs, ergotamine drugs and triptanes are used to treat acute pain attacks. Painkillers and ergotamine drugs, if used frequently, might render the pain continuous and sometimes cause more serious side effects.

"If the number of attacks exceeds three or four in a month, then it is necessary to use drugs not only during attacks, but also to prevent migraine attacks. If a person has less than two to three attacks per month, preventive treatment might not be necessary.

While botox and acupuncture are helpful in migraine treatment, tissue massage, Riboflavin, magnesium and some herbal remedies are also used as alternative treatments in some patients in chronic pain.