Can coronavirus slip into your next order from China? 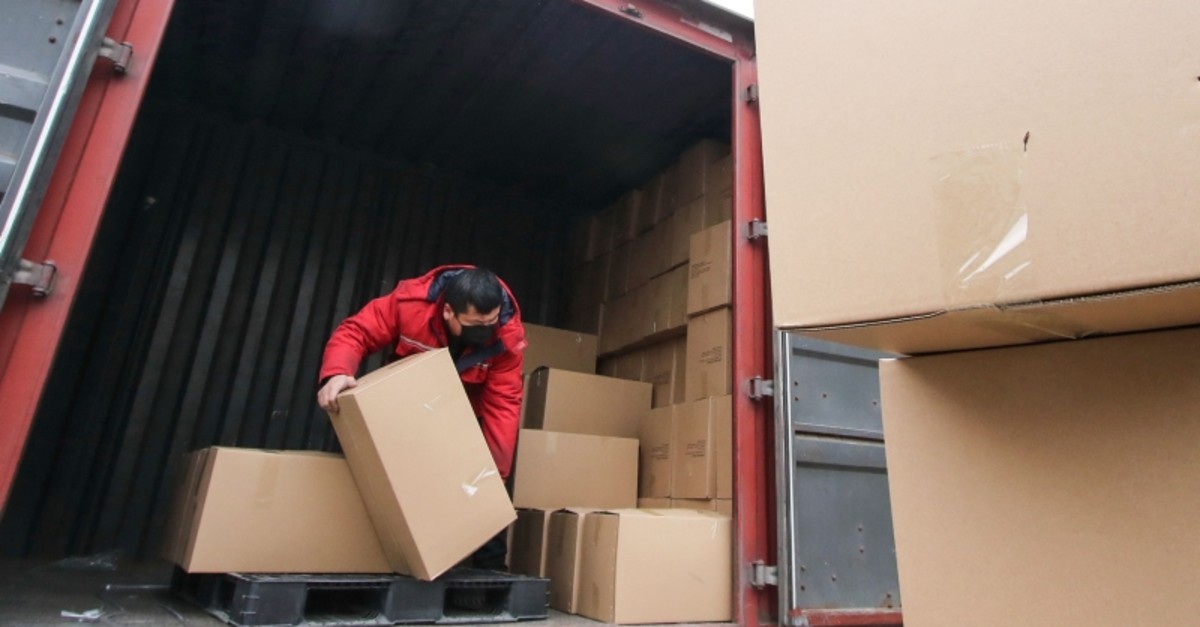 This photo taken on January 22, 2020 shows a worker transferring a box of facemasks at a factory in Handan in China's northern Hebei province. (AFP Photo)
by Daily Sabah with AP Jan 29, 2020 7:53 pm

The coronavirus is spreading rapidly and Chinese residents are not allowed to leave their cities anymore. However, shipments out of the country are not included in this quarantine. Considering the mass export of China, especially through online platforms such as Amazon and AliExpress, many are concerned if the virus could end up on our door step.

U.S. health officials said on Monday in a press briefing that there's not yet any evidence supporting that transmission of the virus through packages is possible.

The director of the Center for Disease Controls's (CDC) Center for Immunization and Respiratory Diseases Dr. Nancy Messonnier said that due to the poor survivability of these kind of viruses on surfaces "there is likely very very low risk of spread from products or packaging that are shipped over a period of days or weeks at ambient temperatures."

There is no research on this particular virus yet as it is fairly new but its cousin viruses SARS and MERS are proven to live only for a few hours on a surface. Considering that a package from China will need at least two days to reach its destination the transmission of the coronavirus is unlikely.

"We don't know if this virus will behave in exactly the same way" as SARS and MERS, Messonnier pointed out. "But there is no evidence to support transmissibility and there are no cases in the U.S. from imported goods.

Wuhan is the epicenter of the new virus that has sickened thousands and killed more than 100 people. China has cut off access to Wuhan and 16 other cities in Hubei province to prevent people from leaving and spreading the virus further. In addition to the United States, countries including Japan and South Korea have also planned evacuations. Symptoms of the virus include fever, cough, and in more severe cases shortness of breath or pneumonia.