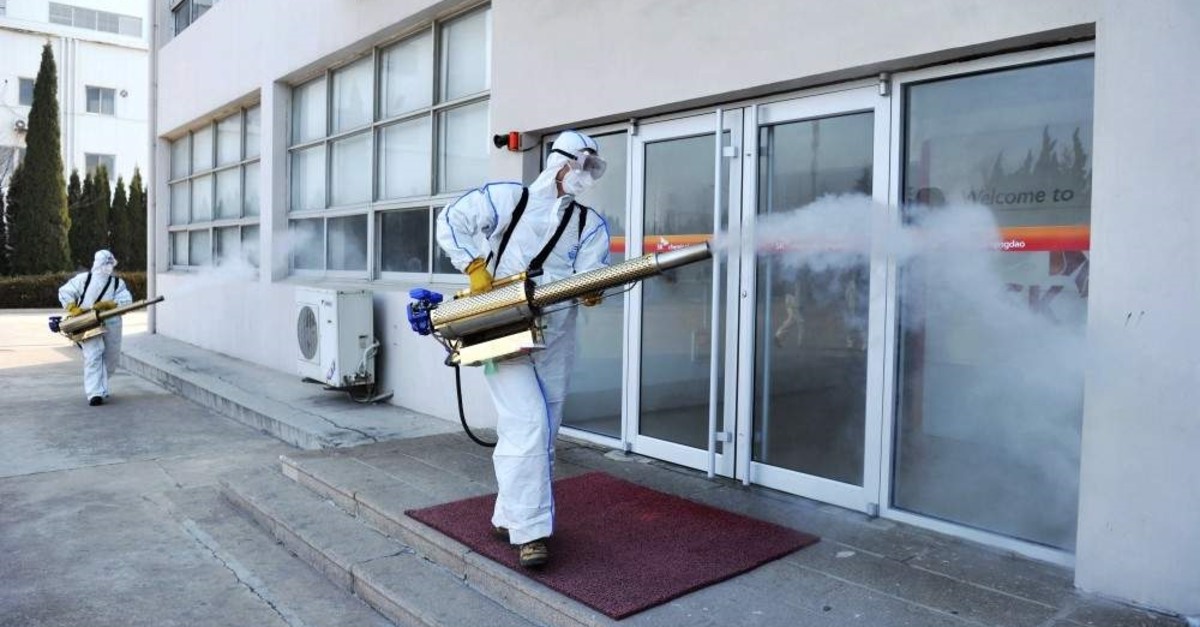 A growing list of countries have imposed extraordinary travel bans on China, and Germany evacuated its citizens Saturday as the death toll from the coronavirus epidemic soared to 259.

With Britain, Russia and Sweden among the countries confirming their first infections, the virus has now spread to more than two dozen nations, sending governments scurrying to limit their exposure.
The U.S. and Germany both confirmed their eighth case of the virus on Saturday.
The latest U.S. patient, who was not identified, is in Massachusetts, a spokeswoman for the U.S. Centers for Disease Control and Prevention (CDC) said in an emailed statement. The person recently returned from Hubei province in central China, the epicenter of the outbreak.
In Germany, a 33-year-old man has been confirmed as the eighth case of the coronavirus in the southern state of Bavaria, the state's health ministry said Saturday evening.
Like six of Germany's other coronavirus cases, the man is an employee of automotive parts supplier Webasto in Stockdorf in the Starnberg district of Bavaria. The eighth case is a child of one of the infected employees.
Webasto has 13,400 employees and 12 sites in China. Its biggest factory is in Wuhan, the city where the coronavirus first emerged in December. Webasto's Stockdorf location was visited last week by an infected staff member from China who only began experiencing symptoms during her flight back home.

More than 100 Germans and family members landed in Frankfurt on Saturday after being evacuated from Wuhan, for checks for the fast-spreading coronavirus and two weeks' quarantine, prompting the health minister to call for calm.

None of the people on the air force aircraft had shown any symptoms of the virus, German Health Minister Jens Spahn told reporters.

"All those returning are currently healthy but to protect them, their personal environment and society at large, it is important that we ensure that nobody is infected," Spahn said.

He warned against hysteria and hostility toward those in quarantine.

"I am most concerned about conspiracy theories of all sorts that circulate in the social media, which only have one goal, to spread uncertainty," he said.

Meanwhile, Russian news agencies reported Saturday that the Russian military will evacuate Russian citizens from China due to the coronavirus outbreak.

Kremlin Spokesman Dmitry Peskov said the evacuation would take place in regions that had been most affected by the outbreak, Interfax and TASS news agencies reported.

Peskov first said that evacuation will start Saturday but later corrected himself, saying it will be carried out on Monday and Tuesday.

Deputy Prime Minister Tatiana Golikova said Friday that Russia planned to evacuate more than 600 of its citizens now in Wuhan and Hubei province, and they will be quarantined for 14 days.

Russia has already reported its first two cases of coronavirus and restricted direct flights to China, its biggest trade partner.

More repatriation flights are planned for Sunday, including to France. Of the 180 French people flown back from Wuhan on Friday, one showed symptoms of being infected with the virus and was sent to a Marseille hospital for testing, French Health Minister Agnes Buzyn said.

The other passengers are being quarantined for 14 days at a large, isolated Mediterranean resort not far from Marseilles on the edge of Carry-le-Rouet. The plane being dispatched Sunday also is expected to transport seven Austrians.

A flight taking off from Wuhan on Sunday is due to land at a military base in Rome early Monday bearing 70 Italians who will be quarantined for about 14 days, Italian Foreign Minister Luigi Di Maio said. None of the returning Italians have shown any signs of contagion, Di Maio said.

The death toll from the virus keeps mounting at an ever-increasing pace, with health authorities on Saturday saying 46 more people had died in the preceding 24 hours, all but one in Hubei.

Severe acute respiratory syndrome, which is caused by a pathogen similar to the new coronavirus and also originated in China, killed 774 people worldwide – most of them in mainland China and Hong Kong.

China on Saturday toughened its own quarantine measures in Hubei province, a day after the United States temporarily barred entry to foreigners who had been in China within the past two weeks.

Australia said it was barring entry to non-citizens arriving from China, while Australian citizens who had traveled there would be required to go into "self-isolation" for two weeks.

Similar expansive restrictions have been announced by countries including Italy, Singapore, and China's northern neighbor Mongolia.

The United States, Japan, Britain, Germany and other nations had already advised their citizens not to travel to China.

Britain said Saturday it was temporarily withdrawing some diplomatic staff and their families from across the country, a day after the U.S. State Department ordered embassy employees to send home family members under the age of 21.

The virus emerged in early December and has been traced to a market in Hubei's capital Wuhan that sold wild animals.

It spread globally on the wings of a Lunar New Year holiday rush that sees hundreds of millions of Chinese people travel domestically and overseas.

The World Health Organization declared the outbreak a global emergency on Thursday but later warned that closing borders was probably ineffective in halting transmission and could accelerate the virus' spread.