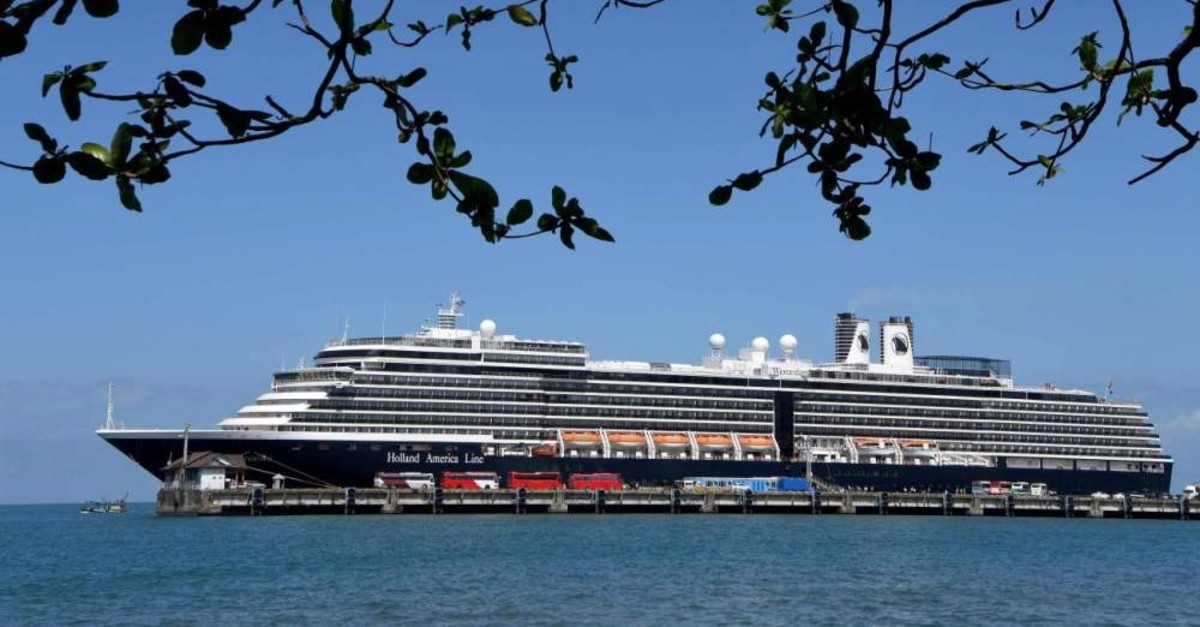 Cruise passengers head for destinations on at least three continents from Cambodia after at least one traveler was diagnosed with the coronavirus, heightening concerns about its spread around the world

As the coronavirus epidemic claims more lives, pushing the death toll above 1,700 after two days of falls, fears grow over scores of cruise-goers that have been scattered across the world without full health checks. The new cases raise questions about how companies and countries should handle monitoring and quarantine for people who may have been exposed to the new virus.

In Cambodia, a scramble intensified Monday to trace passengers from a U.S. cruise liner, the Westerdam, allowed to disembark despite at least one traveler later being diagnosed with the deadly coronavirus. The Westerdam was at sea for two weeks during which it was barred from Japan, Guam, the Philippines, Taiwan and Thailand over fears it could be carrying the virus. It was not immediately clear how an 83-year-old American contracted the virus, but the positive test in Malaysia came after she had spent more than 14 days on the Westerdam, which departed from Hong Kong on Feb. 1. 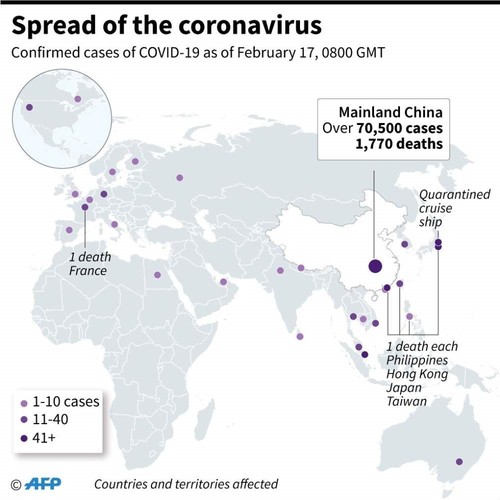 Thailand, a flight hub already used by scores of Westerdam passengers, on Monday mulled a ban on transit by cruise-goers, as the region played catch up to the risks posed by the boat. "Passengers on the ship are at risk and travel by airplane will cause risk to other passengers," health minister Anutin Charnvirakul said Monday.

Japan reported a jump in coronavirus infections on a quarantined cruise ship on Monday. An additional 99 people on a quarantined cruise ship off Yokohama have been confirmed to have been infected with the coronavirus, Japanese media reported on Monday, bringing the total number of cases on the vessel to 454. Japanese health officials have so far screened a total of 1,723 people on the Diamond Princess, which was carrying about 3,700 passengers and crew members, broadcaster NHK reported. Of the 99 new cases, 43 are Japanese, the ministry said. In addition, more than a dozen infected Americans from a coronavirus-riddled cruise ship off Japan flew on evacuation flights to the U.S. with other passengers on Monday.

The Diamond Princess, operated by Carnival cruises, was quarantined on Feb. 4 amid a growing coronavirus epidemic originating in the Chinese city of Wuhan. With fresh cases emerging daily in Japan, the government has advised citizens to avoid mass gatherings and on Monday canceled celebrations for the emperor's birthday, an annual jamboree that sees thousands of well-wishers descend onto central Tokyo.

China has a total now of 70,548 confirmed cases, and 1,775 deaths, according to its National Health Commission as of Monday while about 780 infections have been reported in other countries. The past week has seen a huge spike in numbers, partially due to the Chinese government's broadening of the definitions for a confirmed case. Global concern remains high regarding the spread of the virus, which first emerged in China's central Hubei province in December.

The novel coronavirus is preventable and treatable, an official from the country's National Health Commission said on Monday. Guo Yanhong, a hospital administration supervisor at the commission, made the remarks at a daily press conference, in which she also said the percentage of infected patients in the virus' epicenter Wuhan who are critically ill had dropped to 18% now from 38% at the beginning of the outbreak.