Ephesus expected to be listed on World Heritage List 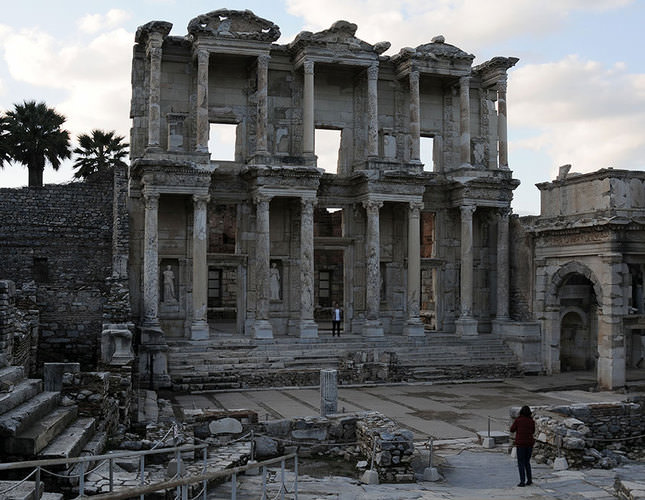 Selçuk Municipality Mayor Zeynel Bakıcı told an Anadolu Agency (AA) correspondent that their district, which has more than 8,500 years of history, features many historical and cultural sites such as the Temple of Artemis, which is one of the Seven Wonders of the World, the House of the Virgin Mary where Christian pilgrims visit, the Church of Saint Jean, one of the 12 apostles of Jesus Christ and Şirince.

Bakıcı said that the district is a blessing for Turkey with its history, culture, nature and soil along with its protected natural areas. Bakıcı also emphasized that the region has been home to numerous civilizations throughout history of mankind.

He noted that it is a deficiency for their district that Ephesus has not been included in UNESCO's World Heritage List yet; however, they are hopeful that the ancient city will be recognized by UNESCO in 2015.

Bakıcı said that they had submitted their application to UNESCO requesting the inclusion of Ephesus on the World Heritage List in 1994, but they were rejected in 2000. "We know why we failed previously; hence we have prepared a strong substructure this time. We collaborated with the Ministry of Culture and Tourism and the directorate of the Ephesus Museum and excavation committee," Bakıcı said, adding that they are working hand in hand with the ministry along with the museum, the district government and researchers to do everything they can.

"We have completed all the revisions that UNESCO asked for, finished the protective construction plan of Ephesus and created and approved an archaeological area management plan. Unless something goes wrong, Ephesus will be listed among UNESCO's World Heritage List in June 2015," he concluded.