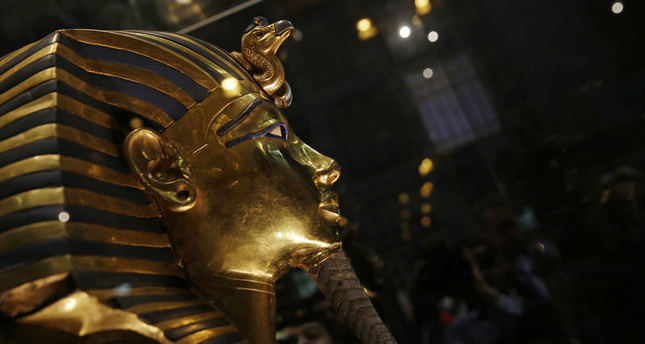 by Anadolu Agency Jan 24, 2015 12:00 am
Egypt's Antiquities Minister Mamdouh al-Damati said on Saturday that the golden burial mask of Tutankhamun was safe.

Addressing the media in Egyptian capital Cairo, the minister added that epoxy was mistakenly used in repairing the mask.

He noted that ministry workers who used this adhesive material would be referred investigation.

"Tutankhamun is not an ordinary antiquity," the minister said.

He described recent reports about damage to the golden burial mask as an "exaggeration."

Some newspapers and news sites claimed recently that Tutankhamun's mask, which is located at the Egyptian Museum in downtown Cairo, was irreversibly damaged when museum workers tried to clean it.

The reports added that the mask was wrongly repaired later on, which made its condition worse.

Al-Damati said epoxy was used in the repair of antiquities by a number of different scientific schools.

Tutankhamun was an Egyptian pharaoh of the 18th dynasty, during the period of Egyptian history known as the New Kingdom. He is popularly referred to as King Tut.
Last Update: Jan 24, 2015 10:00 pm
RELATED TOPICS