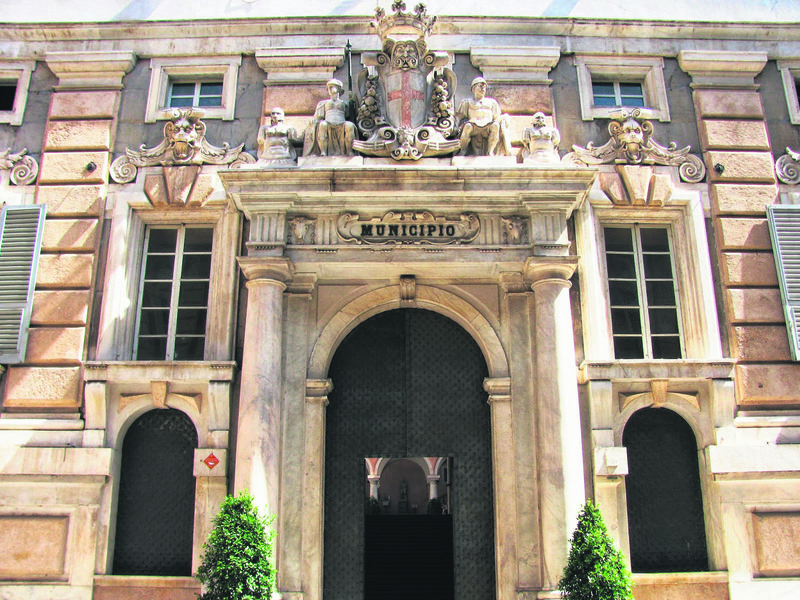 by daily sabah Apr 15, 2015 12:00 am
Eight tombs dating back to the Byzantine era have been found during the restoration of a historical building located in İstiklal Avenue. Experts say archaeologists have never discovered such tombs before in the region of Pera, present day Beyoğlu.

The building, which is currently under restoration, is the building of the Italian Workers' Mutual Aid Society. National hero of the Italians Giuseppe Garibaldi, who formed Italian unity and helped Italy become a single, unified country, founded the Italian Workers' Mutual Aid Society in 1863 in Istanbul. The building of the society, which is still operating, was opened in 1985 and took its final appearance after the restoration in 1910. Located on the junction of Deva and Perukar blind streets on İstiklal Avenue, Societa Operaia Building, also known as Garibaldi, has been under restoration for a year. The building is being restored from top to bottom.

Although the Italian Workers' Mutual Aid Society is still active, they are in financial difficulties. The society rented their building to the Association of Turkish Travel Agencies (TÜRSAB) and the association decided to restore the historical building in order to convert it into a cultural center in the future. According to the story of Ömer Erbil from Radikal, a Turkish daily newspaper, when the restoration workers went deep down into the foundations of the building to strengthen the static structure they came a cross with a big surprise. When they saw a skull between the stones they alerted the Istanbul Archeology Museum. During the excavations that were supervised by the archaeologists, the discovery turned out to be a tomb belonging to the fourth or fifth century. Following the excavations in the basement of the building, seven more tombs were brought to light. These types of tombs, which were covered with tiles, are the first ones that have ever been discovered in the Pera region. Archaeologists claim that there might be more tombs such as these under the other buildings in the area.

Moreover, many plates, pots, candle holders and earthenware belonging to the Ottoman and Byzantine periods have been discovered during the excavations. It was announced that experts will carry our carbon tests to determine the age of the skeletons.

The restoration of the historical building is led by Sedat Bornovalı, a member of Italian Workers' Mutual Aid Society. He commented on the discovery, which will contribute to the history of Istanbul, by saying, "When we lifted the filling earth, we discovered a piece of roof tile and came across with the skull while we were trying not to move anything." He said the detailed archeological excavations began right after they obtained all the necessary permission. "We started with one tomb and now, we have unearthed eight tombs in total," he continued. Archaeologists believe that the tombs belong to the early periods of the Byzantine Empire. "We think that we discovered an important piece of the Necropolis area. We plan to display the findings at the cultural center once the excavations are finalized," Bornovalı concluded.
Last Update: Apr 15, 2015 10:58 pm
RELATED TOPICS