Turkish and Australian oarsmen row around Gallipoli Peninsula for peace 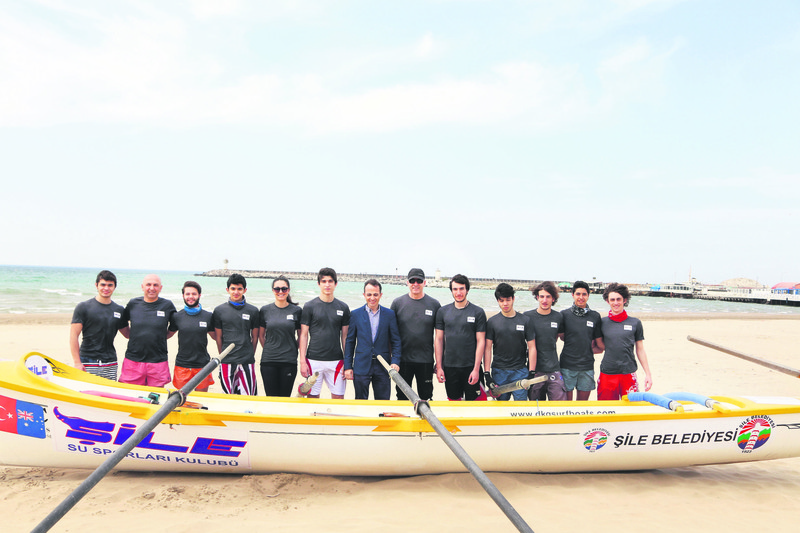 by daily sabah Apr 20, 2015 12:00 am
With the support of the Şile Municipality and driven by initiatives from the Şile Water Sports Club, 24 Turkish oarsmen will represent the district of Şile and Turkey on the Gallipoli Peninsula on Anzac Day, April 24, with the participation of over 1,400 Anzacs. The sports team has completed their preparations and will compete in the name of peace and brotherhood. A memorial day of remembrance commemorating all Australians and New Zealanders "who served and died in all wars, conflicts, and peacekeeping operations," Anzac Day and the centenary of the Battle of Gallipoli will be commemorated with a large number of events this year. The Şile Water Sports Club, which will compete with the Australian oarsmen in Anzac Cove, has completed its training regime. Can Tabakoğlu, the mayor of the Şile Municipality, closely followed the training of the oarsmen and said, "Many soldiers from Şile were martyred in the naval warfare at the Battle of Gallipoli. As the Şile Municipality, we will attend the commemoration ceremonies along with Anzacs." He said that the municipality and the oarsmen of the Şile Water Sports Club have been practising for the last four years, and want to give a message of peace, brotherhood and unity.

"Our rowing team will proudly represent Turkey during the competition with Australian sportsmen, and give a message of peace message to leave all wars behind," the mayor continued. Bahattin Reşid, the president of Şile Water Sports Club, said they have been working very hard to make the event as perfect as possible. "Australian and Turkish sports trainers have been training 200 sportsmen. We will be rowing around the Gallipoli Peninsula for two days in two groups." He said that they will recall the landing of the Anzacs on the Gallipoli Peninsula that took place 100 years ago on the night of April 24. "This time, we will land on the shores of Gallipoli for peace and brotherhood," Reşid concluded.
Last Update: Apr 21, 2015 1:24 am
RELATED TOPICS