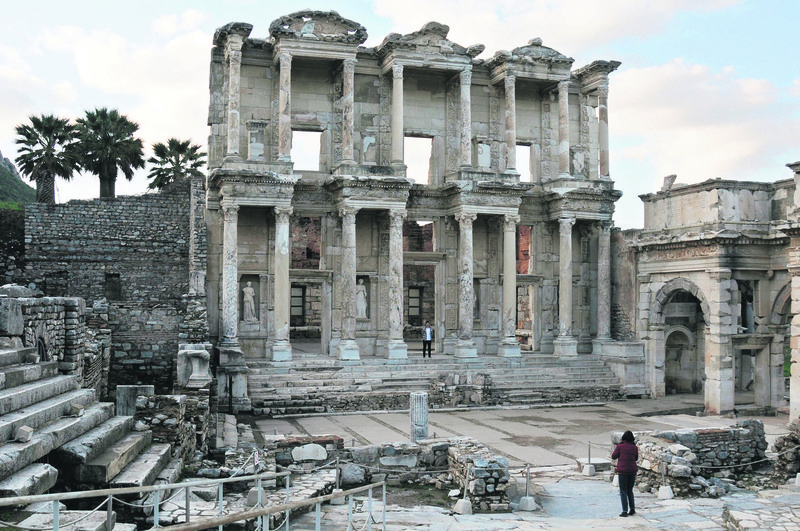 by Daily Sabah May 06, 2015 12:00 am
Zeynel Bakıcı, the mayor of İzmir's Selçuk district, announced the ancient city of Ephesus fulfills all requirements to be accepted on the UNESCO World Heritage Sites List, according to the preliminary report of the International Council on Monuments and Sites (ICOMOS). He said they have been waiting to see the district listed on UNESCO's permanent list of World Heritage Sites for 20 years. "The report shows all of our efforts have finally paid off. No obstacle is left ahead of us," Bakıcı continued, and thanked all the staff who contributed to the project. "I would like to express my gratitude to the present district council members, secretary, supervisory board and the previous mayor, and for their sincere efforts," he added. Bakıcı said the final announcement will be made between June 28 and July 3. He also said the district will soon start a long-term project to introduce the city's cultural heritage to the public. Cengiz Topal, the head of the Ephesus Museum and the Ephesus Field Management Department, underscored that Ephesus deserves to be included on the UNESCO list. The first time Ephesus was submitted to UNESCO was in 1994, and the ancient city of Ephesus is one of the long-awaited candidates. Following hard work, the ICOMOS began giving good news six months ago.
Last Update: May 06, 2015 10:46 pm
RELATED TOPICS