The Luwian Studies Foundation in Switzerland has found that the ancient city of Troy may have some remains from the Luwian civilization that existed in Anatolia circa 2,000 B.C.

The latest study by the Switzerland-based Luwian Studies Foundation, which conducts research on the Luwian civilization that lived in western Anatolia circa 2000 B.C., has revealed that the ancient city of Troy has sections that have yet to be discovered. According to the study, there are remains belonging to a Bronze Age city of the Luwian civilization five meters under the plain located on the western side of Hisarlık Hill. The academic study, which was prepared by geo-archaeologist and president of the foundation Eberhard Zangger and archeologist Serdal Mutlu, was published in Mersin University Cilicia Archaeological Research Center's annual academic magazine "Olba." The paper was published after two years of study, and claims that the ancient city of Troy has not yet been fully excavated and the current findings report only on the upper city.

Zangger and Mutlu display detailed findings regarding the Luwian civilization with videos and illustrations on their website luwianstudies.org. The website, which is in Turkish, will provide a new perspective on the history and archaeology with the information it contains. 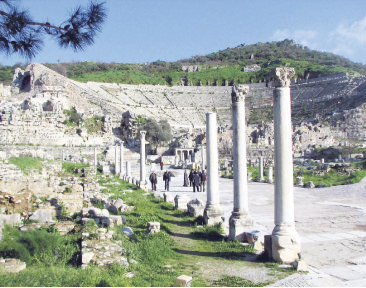 According to Zangger and Mutlu, the ancient city of Troy, which is an archaeological site located near the province of Çanakkale, represents only the remains of the upper city. The studies carried out by the two academics suggests that the area on Hisarlık Hill, where Troy stands, is not the lower city as is commonly believed, and have proposed the idea that the site, which is known as the lower city, could be the garden of a palace. Zangger also explains the fact that archaeologists could not find many remains outside the upper city despite 20 years of intense excavations with his hypothesis: "Actually, the lower city of Troy continues to lie untouched under the soil 300 meters west of Kara Menderes Plain. If archaeologists continue to excavate five meters under the soil in the plain that is located to the west of the current ruins of Troy, they will help to rewrite history by bringing a new perspective to the political, economic and social findings of the period."

Zangger says that if archaeologists dig west of the ancient city of Troy, they will discover the traces of a different civilization. According to him, a settlement existed between the Hittites in central Anatolia and the Mycenaeans in Greece. He claims that this settlement belonged to the Luwian civilization. 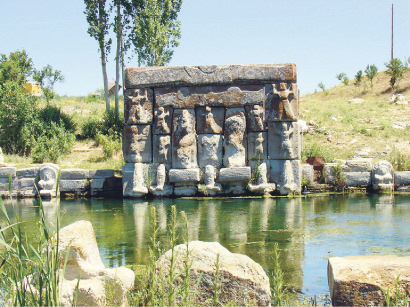 "Most of the people living in western Anatolia in 2000 B.C. spoke Luwian languages, which belong to a branch of the Indo-European language family. Thus, we call this newly-discovered civilization the Luwian civilization. We believe that Trojans and many of the people who sided with the Trojans in the Trojan War were Luwians," Zangger said.

Highlighting that historical events are determined with developments in politics, economy and technology, Zangger said that archaeological sites should be investigated in detail in order to gain knowledge about ancient cultures. He said that the Luwian civilization has been totally ignored in all excavations carried out in western Anatolia so far, and that his team has revealed the historical events that took place in late Bronze Age in the eastern Mediterranean in chronological order using a rational explanation. He added that for the first time with this study, they have recorded 340 settlements that were inhabited by the Luwian civilization, most from the second millennium B.C. Zangger underscored that once academic circles accept the existence of the Luwian civilization, many unexplained ancient mysteries such as the invasions by the Sea People, the Trojan War and the fall of the Hittite and Mycenaean civilizations will be answered. He also provided information about the small Luwian kingdoms in western Anatolia: "Many of the Luwian kingdoms that ruled western Anatolia such as Arzawa, Wilusa, Mira, Hapalla and Lukka formed a military alliance after 1200 B.C. These kingdoms assaulted Cyprus, Syria and Cilicia and went into war with the great Hittite king both at sea and on land. The Luwian kingdoms defeated the Hittites and wiped them off the pages of history."

He says that small Luwian kingdoms were once in control of a large area from northern Greece to Macedonia, Anatolia, Syria and Palestine. "That is why the Mycenaeans who ruled in Greece could not reach some of the mines on their land. In return, the Mycenaeans formed a military alliance and attacked the coastal Luwian cities located on the Aegean coast. The war between the two civilizations took place in Troy and ended after the city was plundered," he claimed. According to Zangger's claim, the artificial water canals in Troy collapsed following the war, and the city was swallowed by mud when the Kara Menderes and Dümrek Rivers overflowed. Zangger draws attention to ancient sources that mention that Troy was buried under mud after the war.

Zangger said that they aim to bring the undiscovered areas of Troy to light and to find new data so that history can be rewritten. They plan to conduct a non-invasive geophysical study by flying a helicopter over the Kara Menderes Plain and to collect subsurface imaging with electromagnetic waves.
Last Update: May 21, 2015 11:10 pm
RELATED TOPICS