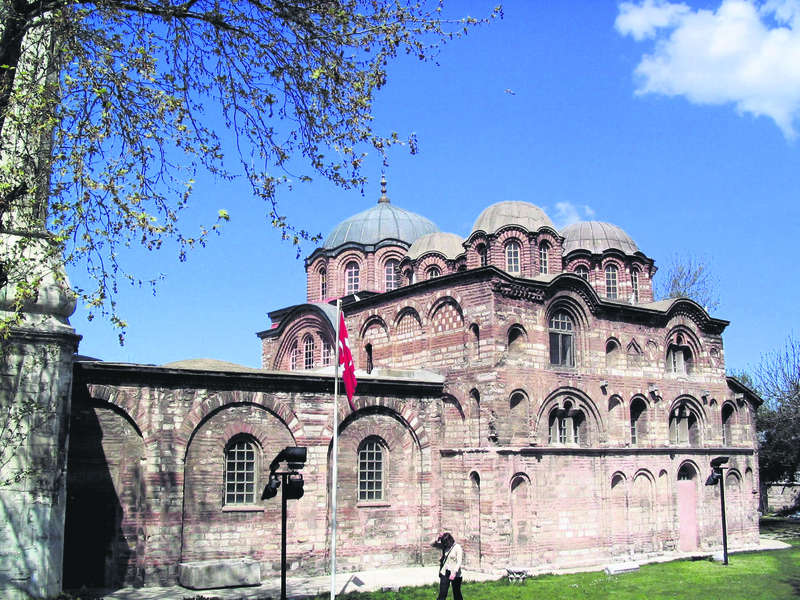 by Zeynel Yaman May 24, 2015 12:00 am
The façades of the buildings causing visual pollution around the Zeyrek Mosque in Istanbul's Fatih district are to be renovated soon. The mosque, which was originally a Roman monastery dedicated to Christ Pantokrator, is the second oldest building remaining from the Roman period after the Hagia Sophia. As part of a project undertaken by the Istanbul Metropolitan Municipality's Urban Design Directorate, the unplanned urbanization around the historical place of worship will be re-designed. Pavement and roads will be included in the renovation project. Prior to the renovation work, a new design model will be prepared and the area around the Zeyrek Mosque will be restored in coherence with its historical texture.

The mosque, which is one of the two most important buildings on the historical peninsula of Istanbul, is a tourist attraction, and has stood since 1050. The first part of the monastery was built by Byzantine Emperor John II Komnenos's wife, Empress Eirene Komnena, in the 12th century, and in the following years two churches were added to the complex. It is thought of as one of the most popular Roman buildings, along with the Hagia Sophia, thanks to its architectural structure and aesthetic applications. The monastery was converted into a madrasah following the conquest of Istanbul. The historic building was used as mosque after the Fatih Social Complex was opened, and some sections still serve as a mosque.
Last Update: May 24, 2015 9:53 pm
RELATED TOPICS