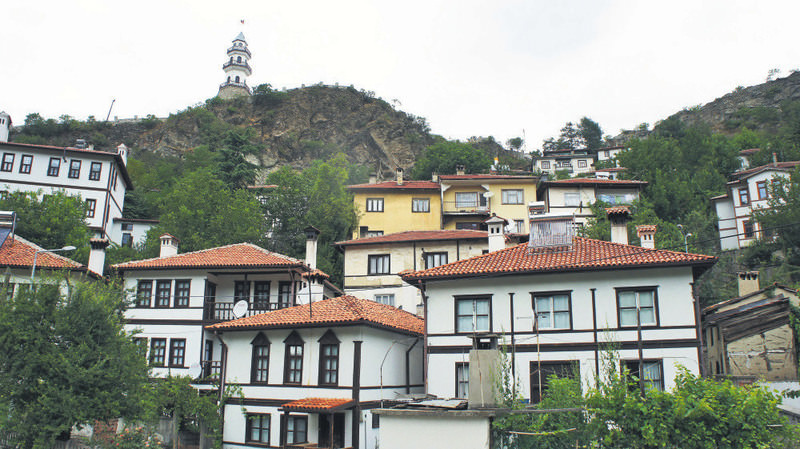 by Burcu Çalık May 28, 2015 12:00 am
The Culture and Tourism Ministry recently initiated a project to protect historical towns and their architecture and culture and promote them in the tourism industry. "Şirin Osmanlı Kasabaları" (Pretty Ottoman Towns) project will put historical towns under protection as well as keep endangered jobs alive and will request all towns to publish their own magazines for promotion.

Speaking to Sabah daily, Professor Haluk Dursun, the secretary of the Culture and Tourism Ministry, said the ministry will turn peaceful and quiet Anatolian towns, which are away from urban chaos and stress keeping their historical pattern and unique architecture, into tourist attractions. The project will also be carried out without harming the towns' traditional architecture. Dursun said the project is a first in its kind and intends to make the concept of "Slow City," also called as "Cittaslow," more popular and introduce the towns in line with this concept. He went on to say that the ministry conducts studies to discover such places around Turkey. "We assess towns not only in terms of their architectural structures, but as a whole, including nature, culture, traditional character and environment. Those who comply with standards are named as 'Pretty Ottoman Town,' " he said.

He said the districts of Mudurnu, Göynük and Taraklı were chosen as pilot areas. Other project regions include northern Anatolian cities like Amasya, Kastamonu and Tokat, which attract attention with their Ottoman-era mansions and wooden houses and are under cultural protection, southeastern cities such as Antakya, Şanlıurfa, Gaziantep and Kilis stand out for their stone architecture, along with many Istanbul neighborhoods like Eyüp, Kariye, Kandilli, Kanlıca, Arnavutköy, Emirgan, Kuzguncuk, Beylerbeyi and Sultanahmet's Soğukçeşme Street. The project list also included Kaleiçi, Adana's Tepedağ, Eskişehir's Odunpazarı and Elazığ's Harput districts.
Last Update: May 29, 2015 12:46 am
RELATED TOPICS