Ancient mansion to open for visitors 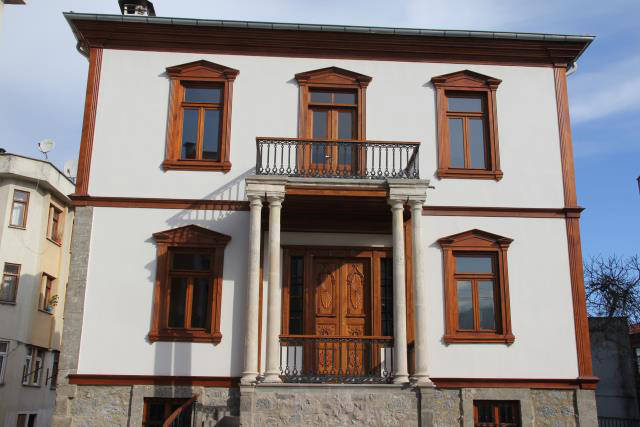 by Asena E. Arıoğlu Jul 27, 2015 12:00 am
A mansion, which was probably built during the 1890s using a combination of Greek and Turkish architectural techniques, has been restored by a private company and is being turned into a city museum. The mansion is in the 200-year-old Zeytinlik neighborhood.

City Culture and Tourism Director Hulusi Güleç said: "The mansion was neglected and in a bad state. A while ago, a private company bought this mansion and restored it. Then they assigned it back to the City Culture and Tourism Directory." Güleç said that the mansion was safe to visit, and in the near future it would be turned into a museum. Güleç said that the mansion was built using architectural techniques known as "Bagdadian" and "Kagir." "Giresun houses usually have two stories and a basement. This building is an old two-story one with a balcony, basement and four open façades. On it, it is possible to observe features of Greek architecture. Greek and Turkish architecture techniques are in harmony on this building. The mansion was probably used by a Turkish family, though built by a Greek architect. Therefore, it is possible to observe the traits of both cultures on this artifact," he said. Emphasizing that artifacts from Giresun will be exhibited in the mansion, Güleç said: "In the basement, marbling and marquetry ateliers will be open. On the first and second floors, exhibits will be organized."
Last Update: Jul 27, 2015 1:40 am
RELATED TOPICS