Life of Sultan Abdülhamid II to be filmed 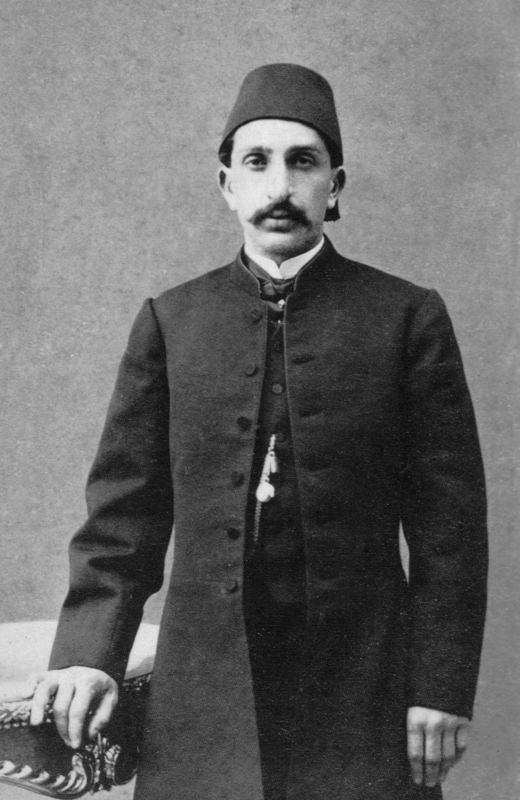 by Daily Sabah Jul 27, 2015 12:00 am
Ottoman Sultan Abdülhamid II's grandson Abdülhamid Kayıhan Osmanoğlu has announced that work has begun on a TV series about his grandfather's life. Osmanoğlu told Anadolu Agency (AA) that there could be misconceptions about the Ottoman Empire in TV series, which should be avoided. He said that more research should be conducted to better understand the empire during that time, and added: "The research findings can be shared with the dynastic family. Recently, I have been watching the TV series 'Diriliş Ertuğrul' and 'Filinta' on TRT [Turkish Radio and Television Corporation]. These are better than other TV series set in the Ottoman Empire, and I hope they will get better."

Osmanoğlu gave detailed information about the TV series about his grandfather. "We have finished writing most of the story that we have been working on for the last eight years for the TV series about my grandfather Abdülhamid and his life. The main structure of the story, which can be concluded in 500 episodes, is ready. Right now we are working on details and correcting minor mistakes. This work will be done in two to three months. We haven't decided on the name yet. The series will include every detail about the intelligence services and governmental affairs conducted during Abdülhamid's reign, starting from his birth to his death. We will unveil the truths about his time and correct misconceptions."

Osmanoğlu emphasized that the accuracy of the series will not be sacrificed in order to get higher ratings. "We will present a neat and correct production to our audience. In the future, we will also be working on and producing episodes about his exile, his life in Gaza, Iraq and Palestine," he said.

Stressing that the main intention of this project is not about making money, Osmanoğlu said he wants to produce a TV series that would correctly present the vision of the empire and his grandfather who had directed many important projects, of which the importance is newly understood, to the youth.

Osmanoğlu said President Recep Tayyip Erdoğan has taken over the projects of his grandfather that he did not have time to finish. "Roughly 70 to 80 years ago, people who spoke about the Ottoman Empire were silenced. If you said, 'I love the Ottoman Empire,' you were put in jail. Among these people were famous historians, writers and journalists. However, now, thanks to our president and prime minister, we can express our thoughts and feelings freely," he said.
Last Update: Jul 27, 2015 1:39 am
RELATED TOPICS