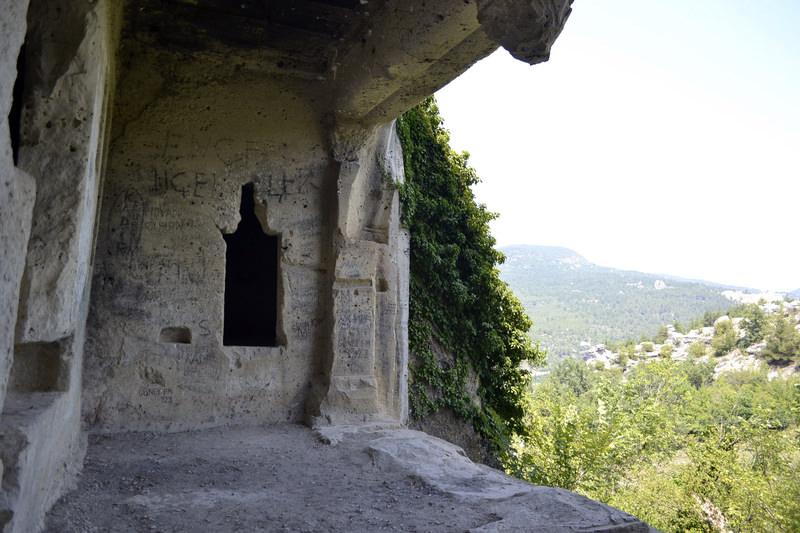 by Anadolu Agency Aug 01, 2015 12:00 am
Rock graves in Karabük's Safranbolu district, a UNESCO World Heritage Site, will now be introduced to tourism and protected. With an almost 3,000-year history, Safranbolu has been home to many civilizations and boasts important cultural richness. The Ottoman-era inns, baths, mosque, bridge, mansions and fountains are what make the district more attractive. Aside from these, rock graves in the district's Karakoyunlu, Gündoğan and Üçbölük villages as well as the Soğanlı Stream grab the interest of tourists. However, rock graves are being destroyed by treasure hunters.

Safranbolu Governor Murat Bulacak said that some rock graves have precious objects and have been destroyed. To avoid this, district officers are carrying out necessary measures. "Our efforts to protect rock graves and introduce them to tourism continue at full speed. Every rock grave was recorded and some of them are in rural areas. We have started the project by making them accessible," he said, adding that the rock graves will be first be protected by local people and villagers. "We are working on attracting more tourists. As we get more tourists, treasure hunters will be unable to destroy them," Bulacak said. Recai Demiröz, the head of the Üçbölük Village Cultural Center, said that there are many rock graves around the village and neighboring area. Most of them date to 2,500 years ago, he said. Demiröz said that there is also a king's grave there. "Each grave sheds light on history. They are all our cultural values and need to be protected as they are a part of Safranbolu, a UNESCO World Heritage Site," he said. Local villagers protect the area, but Demiröz said it is not sufficient. "If we do not take special precaution, we will lose them," he said.
RELATED TOPICS