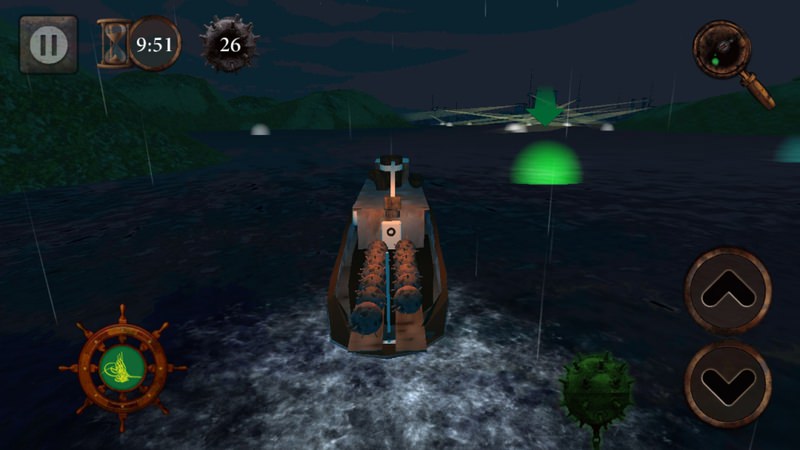 by daily sabah Sep 23, 2015 12:00 am
Developed by the Youth and Sports Ministry in order to reflect the atmosphere of the Battle of Gallipoli, the mobile game Nusrat has attained remarkable success and has been downloaded more than 1 million times.

Speaking to Anadolu Agency (AA), Emre Alıç from the Youth and Sports Ministry, said the game was developed to better explain the Battle of Gallipoli for its 100th anniversary through technology. Saying that the games name originated from the Ottoman minelayer Nusrat, which played a pivotal role in the Dardanelles Campaign by causing the destruction of cruisers belonging to the Allied powers, Alıç said players aim to plant mines without being spotted by enemy battleships in the game. "Nusret served its purpose by laying 26 mines in an unexpected position in February 1915 just prior to the ill-fated invasion of the Allied forces. This duty of the vessel is reflected in the game, as the players try to plant naval mines without being discovered by enemy battleships. Many important events of the campaign, such as the Battle of March 18, the Battle of Chunuk Bair and the Landing at ANZAC Cove, also take place in the game," he said.

Alıç also said Nusrat has become one of the most preferred mobile games in just a short time and has been downloaded by more than 1 million players. "We received more than 30,000 feedback through social media related the game. After this high interest, we decided to develop a second app, Nusrat 2, which is still in the development process," he concluded.
RELATED TOPICS