Sunken vessels and items found in metro project to be displayed 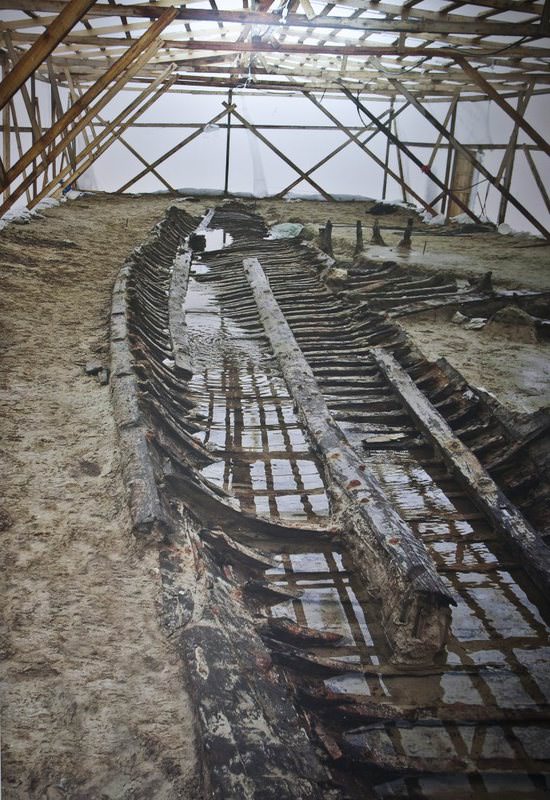 by Zeynel Yaman Oct 21, 2015 12:00 am
A new archaeology park will be constructed to display sunken vessels and other items unearthed during the Yenikapı archeological excavations, revealing important findings related to the history of Istanbul. Expected to be the biggest sunken museum in the world, the archaeology park project has been approved by the metropolitan municipality council. The archeological findings, discovered as part of the excavations for the Marmaray metro project, includes the Harbor of Theodosius, the oldest harbor of the early Byzantine era, 36 sunken vessels and around 45,000 artifacts. During the excavations archaeologists found footprints and graves dating back 8,500 years ago to the Neolithic Age.

The archeological team discovered ruins of streets and architectural remains of small workshops dating back to the late Ottoman-era of the 19th century. The architectural and workshop ruins will be preserved and the street pattern has been taken and put under protection for the archaeology park project. The ruins of the ancient boats date from between the fifth to 11th centuries. These will compose of the world's biggest ancient boat collection when the museum opens. The archaeology park will feature the remains of a sea wall, a deck made of giant stones and a section of the breakwater.
RELATED TOPICS