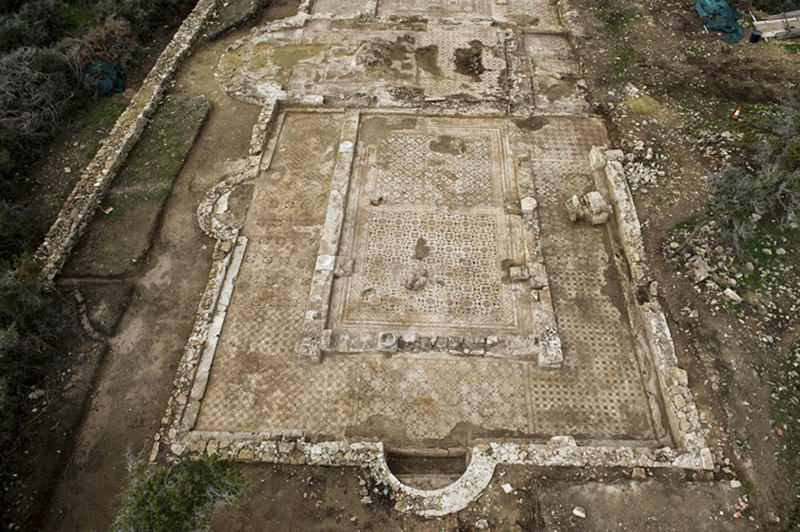 by Emre Diner
Nov 10, 2015 12:00 am
Australian archaeologists unearthed a 2,300-year-old ancient theater in south Cyprus. The granite used during the era possessed similar features to the granite used hundreds of years ago in Turkey. Dated back to 300 B.C, the theater in the Paphos region is considered the oldest of its kind. The excavation team who discovered the oldest ancient theater in Cypriot history was ecstatic about the find. The place is known to have hosted performances for over six years until it was destroyed by an earthquake. The excavation also brought to light evidence suggesting that the locals were trading with the Romans.

Archaeologists from Sydney University oversaw the excavation and focused on a Hellenistic Roman theater in Nea Paphos, a town on the southeastern coast of Cyprus. In the last two years the team has worked in two excavation sites on UNESCO's World Heritage List. The team also conducted a questionnaire, "Geo-mapping," while in Rome. A path leading to the theater was discovered around the southern section of the excavation site. Archaeologists determined that the path was built using a typical Hellenistic plan and contained granite stones. The team stated that the granite stones were found in Turkey's Troas pits, indicating that Rome was trading with Anatolia. The largest granite piece found in the excavation was greater than seven meters in length.