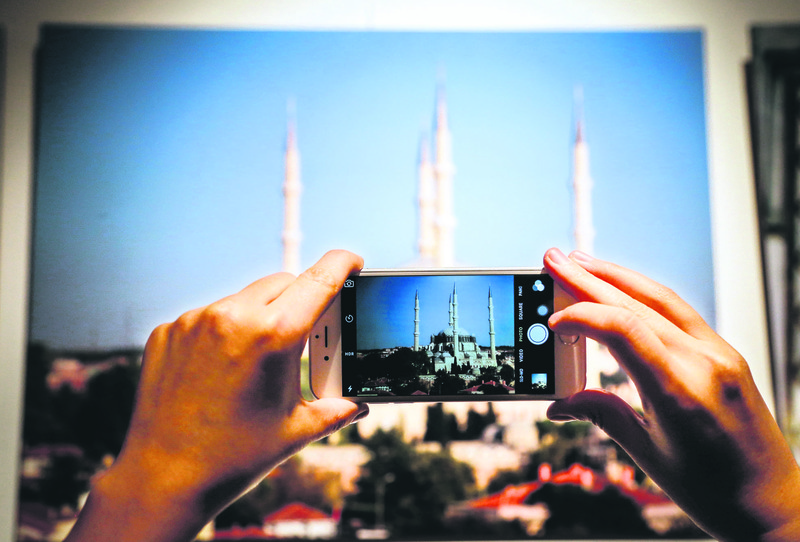 by Daily Sabah Dec 17, 2015 12:00 am
The Yunus Emre Institute and the Iran National Museum recently organized the "Mimar Sinan and Ottoman Architecture" conference and curated a complementary exhibition, "Architects of Civilization: Mimar Sinan." Speaking to an Anadolu Agency correspondent, Professor Suphi Saatçi of Fatih Sultan Mehmet University said: "Mimar Sinan, the great Ottoman architect, is an important tool for us while promoting Turkey. The more we organize events featuring his works, the more our cultural identity and civilization are introduced to the world." Professor Saatçi said that the works of Mimar Sinan and his genius attract a lot of attention in Iran.

"I did not think that there would be so many people in Tehran taking an interest in Mimar Sinan," Saatçi added. He said Iranians showed great interest in Mimar Sinan. The second leg of the event will take place in Istanbul in the upcoming months. Iranian experts will introduce their great architect, Ali Ekber İsfahani, who was a contemporary of Mimar Sinan. Saatçi said that scholars believe that these two great minds did not meet during their lifetime. "If they could have seen each other, their works would have been even richer, as architecture is based on experience and discoveries. If they had seen each other's works, they would have been inspired," Professor Saatçi added. He said Mimar Sinan had the chance to study the architecture of the Seljuks, the Byzantines and Balkans. "He was familiar with the architecture of the Sasanians, Seljuks and Byzantines. Mimar Sinan made the architecture of Turkish Muslims and Ottomans into a world brand. He perfected the architecture of domes," Saatçi concluded.
Last Update: Dec 17, 2015 2:10 am
RELATED TOPICS