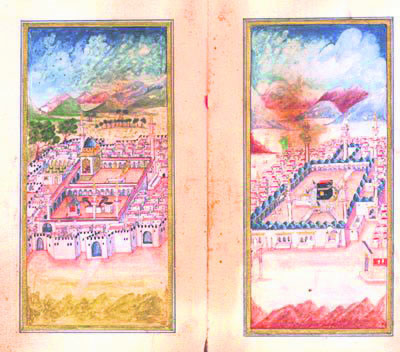 The Culture and Tourism Ministry continues to digitalize manuscripts that have great historical, academic and literary value

The Manuscript Institution of Turkey, affiliated with the Ministry of Culture and Tourism, will break new ground with its projects in the upcoming year. Mahir Ünal, the minister of Culture and Tourism, paid a visit to the institution's headquarters in Süleymaniye, Istanbul. While Ünal was debriefed about the recent projects of the institution, the Manuscript Institution of Turkey's goals for next year were also set during his visit.

The institution, which operates in three regions, 17 provinces and 22 libraries in Turkey, is in possession of a total of 187,000 manuscripts and 305,000 printed documents and books. The Manuscript Institution of Turkey is undertaking the protection and restoration of valuable manuscripts as well as publishing new books. 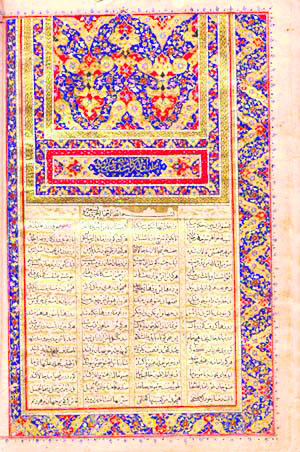 Aiming to gather all manuscripts under a single roof, the institution will initiate new projects in the upcoming year. The projects, which will be designed according to examples from all over the world, aim to identify, categorize and catalogue every single manuscript in Turkey. Following this archive work, the manuscripts will be published online for the public.

Recently, all the manuscripts and the printed documents have been re-examined and a total of 25,000 documents in need of restoration have been identified. In order to carry out an extensive restoration project, the institution will get funding as well as develop a more sophisticated technical infrastructure and restoration process.

Among the manuscripts and rare books to be restored by the Manuscript Institution of Turkey, 62 volumes of "The Animal Encyclopedia," some of the most important documents in scientific history, stand out. Ebü'l-Feth Muhammet b. Muhammet's book "Keşfü'l-Beyn an Sıfti'l-Hayevn," which was written between 1487 and 1501, is still well preserved despite its age. The only copy of the book rests in Turkey and will be published as an e-book following the restoration.

As part of the new project from the Manuscript Institution of Turkey, books and manuscripts, which have not yet been translated, will be published for public use. Avicenna's "The Canon of Medicine," which is an important encyclopedia on medieval medicine, will be translated into modern Turkish from Ottoman. The encyclopedia of Avicenna is planned to be published in six volumes. Moreover, Al-Zamakhshari's "Al-Kashshaaf" (The Revealer), which is a tafseer, or exegesis of the Quran, will be published soon, both in its original language and Turkish.
RELATED TOPICS