Bursa: first capital of the Ottoman Empire and commercial hub 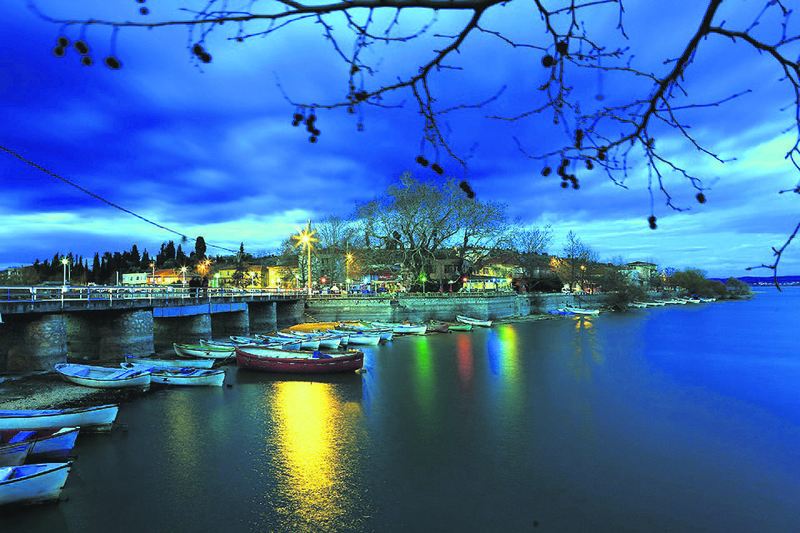 The Cemal Reşit Rey Concert Hall in Istanbul is currently hosting a photo exhibition that focuses on time, place and people in the city of Bursa, which was the first capital of the Ottoman Empire and a prominent city in the Republic of Turkey with its cultural and historical richness as well as dynamic trade

Co-organized by the Bursa Governorate and Anadolu Agency (AA), a photograph exhibition entitled "Bursa: The Mighty City" by AA photojournalist Ali İhsan Öztürk is at the Cemal Reşit Rey (CRR) Concert Hall. Speaking at the opening ceremony of the exhibition, Bursa Governor Münir Karaloğlu said the spirit of all Ottoman cities came from Bursa, the first capital city of the Ottomans, adding that the masterpiece of the Ottomans is Istanbul. The exhibition is a journey from the birth of the Ottoman Empire to the creation of its masterpiece. Apart from showcasing the natural, historical and cultural beauties of Bursa, the display reveals the lives of Bursa locals. Photographer Öztürk documented four seasons in Bursa throughout a year. The first leg of the exhibition was previously held in Ankara, and the exhibition will visit İstiklal Avenue in Istanbul's Beyoğlu district next, according to Karaloğlu.

Karaloğlu said the governorate and the Bursa Metropolitan Municipality have been trying to promote the city with a proper strategy for the last two years, adding that they are actively using social media to promote it. "The Bursa Metropolitan Municipality is working hard to increase tourist activities in the city by building better tourism infrastructure, renovating historical buildings and sites, expanding public transportation and building the world's longest cable car to Mount Uludağ, which is a tourist area for ski lovers. This exhibition will help Bursa become better-known," Karaloğlu said.

Also speaking to the press, Bursa Metropolitan Municipality Mayor Recep Altepe said Istanbul and Bursa have always been parts of a whole. "Bursa has always worked and produced with Istanbul; they have been sister cities throughout history. Mehmed the Conqueror set off from Bursa to conquer Constantinople. The plans and strategies of

Bursa and Istanbul overlap, Altepe said. He said Bursa officials are trying to get these two cities closer than ever. The Bursa Metropolitan Municipality offers transportation via planes, helicopters and ships from Bursa to Istanbul. By increasing the variety of available transportation options, officials want to more easily connect Bursa to Istanbul. Saying that the people of Bursa do not fully know the beauties of their city, Altepe added that Bursa has hundreds of tourism destinations. Following the speeches, Karaloğlu presented a plaque to Öztürk. The natural and historic beauties of the city are revealed in all of their glory in the display through the lens of Öztürk, a Bursa-lover and photo artist who has won several national and international awards as a member of AA. A total of 103 photos with the theme "human, time, place" can be seen at CRR Concert Hall until Friday.
RELATED TOPICS