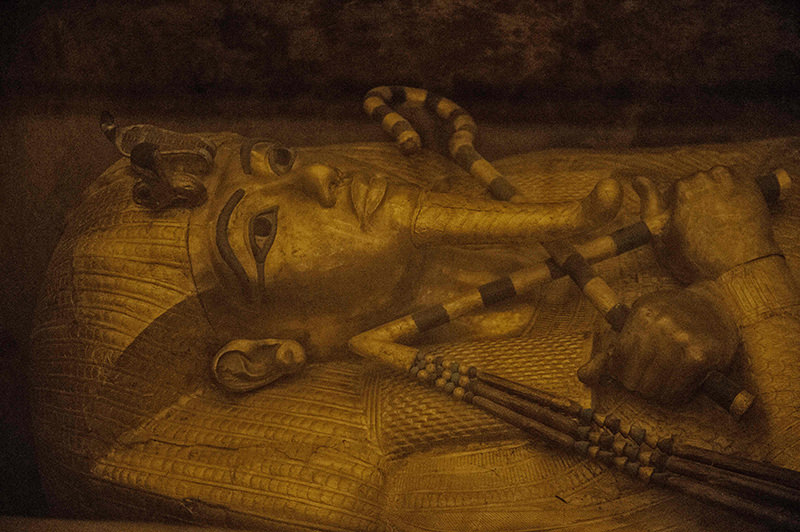 This file photo taken on November 28, 2015 shows the sarcophagus of King Tutankhamun displayed in his burial chamber in the Valley of the Kings. (AFP Photo)
by French Press Agency - AFP
May 09, 2016 12:00 am

Anani spoke to archaeologists and reporters at a conference in Cairo dedicated to King Tutankhamun and his world-famous golden funerary mask.

His theory and the attention paid to it came as Egypt struggles to revive its key tourism industry after years of political turmoil.

However, experts disagreed on Sunday over how the search for the chambers was handled.

"The infrared scan said we need to repeat it because we have something that we cannot be sure what it is exactly," he said.

Damati had said in March that there was a "90 percent chance" that the tomb had two hidden chambers containing organic material.

Reeves theorised that Tutankhamun's tomb was in fact Nefertiti's, and when the boy king died unexpectedly at a young age, he was rushed into her tomb's outer chamber in Luxor's Valley of Kings in southern Egypt.

Hawass suggested that the current antiquities minister hire an autonomous committee of experts to handle the investigation. 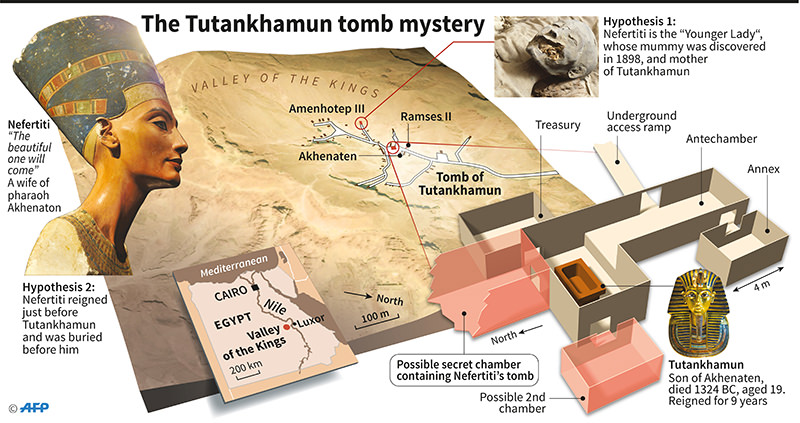 "We have to stop this media presence, because there is nothing to publish," he said.

To reassure archaeologists at the conference, Anani said: "I will not make any drills (in the tomb walls) until I am sure 100 percent that there is a cavity behind the wall... I'm very satisfied with the warm scientific debate."

Nefertiti was famed for her beauty as depicted in the famous bust now in Berlin.

She, Tutankhamun and Akhenaten ruled during a turbulent time, and were one of ancient Egypt's most controversial ruling families.

Nefertiti was married to Akhenaten, who tried and failed to force Egypt to convert to monotheism.

DNA evidence has shown that Akhenaten was Tutankhamun's father, but Egyptologists do not agree on who his mother was.

Egyptologists rely on a mix of DNA evidence as well as information documented in ruins and historical calculations to map the pharaohs' family tree.