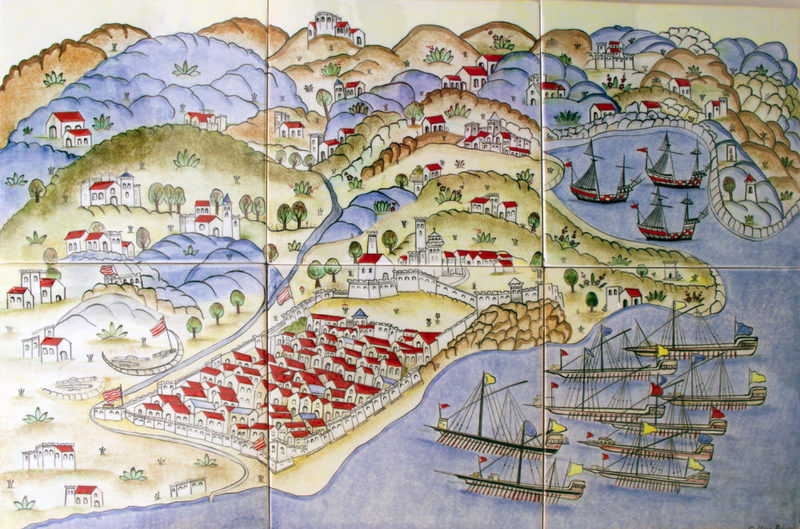 by Daily Sabah with AA May 12, 2016 12:00 am
An exhibition about famous Ottoman historian, calligrapher, sword master and muralist Matrakçı Nasuh, an important figure during the era of Sultan Süleyman the Magnificent, opens in Vienna on May 25. Promoted by the Turkish president's office, the display features items covering the 16th-century polymath's broad range of achievements in mathematics, history and painting.

During the inauguration in Vienna's Museum of Art History, Turkish architect Sinan Genim will give a lecture on "Matrakci Nasuh and His Memories."

Singers from Turkey's Culture Ministry will perform Turkish music from the 16th century. The exhibition titled "Matrakci Nasuh: A 16th Century Genius" was previously displayed in Sarajevo, Belgrade and Istanbul and runs until June 12. The presentation will go on to be shown in cities around the world, including Paris, Rome, Tokyo and Washington.

Born in the Bosnian town of Visoko in 1480, the swordsman, historian, calligrapher and painter Nasuh was taken into the Ottoman Palace at a very young age after showing exceptional military skill. He was educated in Enderun (school for the training of Ottoman officials) during the last years of the reign of Sultan Bayezid II and was nicknamed "matrakçı" after a sport he invented, based on sword and shield combat. He wrote books on warfare, history and mathematics and was a talented painter of miniatures who created a new style of painting, focusing on panoramic views. He is best known for writing "Chronicle of Stages of Campaign of Iraq and Persia," which features 88 pages of written text, 107 pages of miniatures and 25 pages of written text and miniature. The 450th anniversary of his death was marked last year by the United Nations Educational, Scientific and Cultural Organization.
RELATED TOPICS