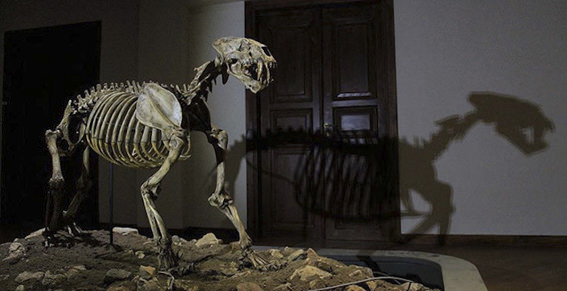 Fossils of animals that are now extinct in Anatolia but were alive once 8.5 million years ago will be on display in the new museum in Çankırı near Çorakyerler Vertebrate Fossil Locality

The 8.5 million-year-old animal fossils that are currently being exhibited at a museum at the Provincial Culture and Tourism Directorate in Çankırı will be moved to the Çankırı Museum. 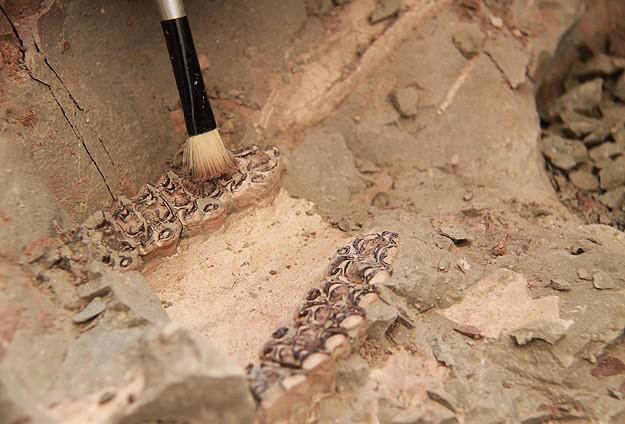 Since excavations began in Çorakyerler, archaeologists have unearthed fossils of more than 20 species, including elephants, rhinos, antelopes, hyenas, porcupines, tailless monkeys, saber-toothed tigers, giraffes, pigs and deer. The assembled fossils will be displayed at the new museum in Çankırı.

Built by Ottoman Sultan Abdülhamid II in the early 20th century, the historical building, which served as a court house for years, will be converted into a city museum following its restoration. Once the restoration works are finished, the building will operate as a paleontology, ethnography and archaeology museum in Çankırı. Most of the building is reserved for displaying the fossils, which were unearthed from the Çorakyerler Vertebrate Fossil Locality. Çankırı Museum Manager Ali Atmaca said Çankırı's first archaeology museum has been operating since 1981. The new museum building will not only feature the fossils but also showcase authentic cultural artifacts belonging to Çankırı's cuisine and local fashion. Atmaca also stressed that the museum will feature animations of the animals in which the fossils derived, and added: "Currently, we assembled fossils of a saber-toothed tiger and giraffe in their original sizes. The visitors of the museum will be able to study the fossils in their original form and have a better idea about the animals that lived here millions of years ago." He also said the museum will open in a month, and added that the museum will enable visitors to travel back in time though the objects and fossils on display.

The Çorakyerler Vertebrate Fossil Locality, dating to the late Miocene Period, is located along a road in Yapraklı district in the central Anatolian province of Çankırı. Çorakyerler, where so many different orders and families of animals lived, including Giraffidae, Rhinocerotidae, Carnivora and Hominoidea, is a significant site because of its faunal diversity and the quality of the findings. Fossils of animals that are now extinct in Çankırı but were alive in Çorakyerler in the late Miocene period were found in the excavations. The excavations in the area began as a salvage operation in 1997 but turned into a scientific excavation in 2001 under the supervision of Professor Ayla Sevim Erol of Ankara University. Ever since the excavations began, the archaeologists unearthed fossils of more than 20 species, including elephants, rhinos, antelopes, hyenas, porcupines, tailless monkeys, saber-toothed tigers, giraffes, pigs and deer.
RELATED TOPICS