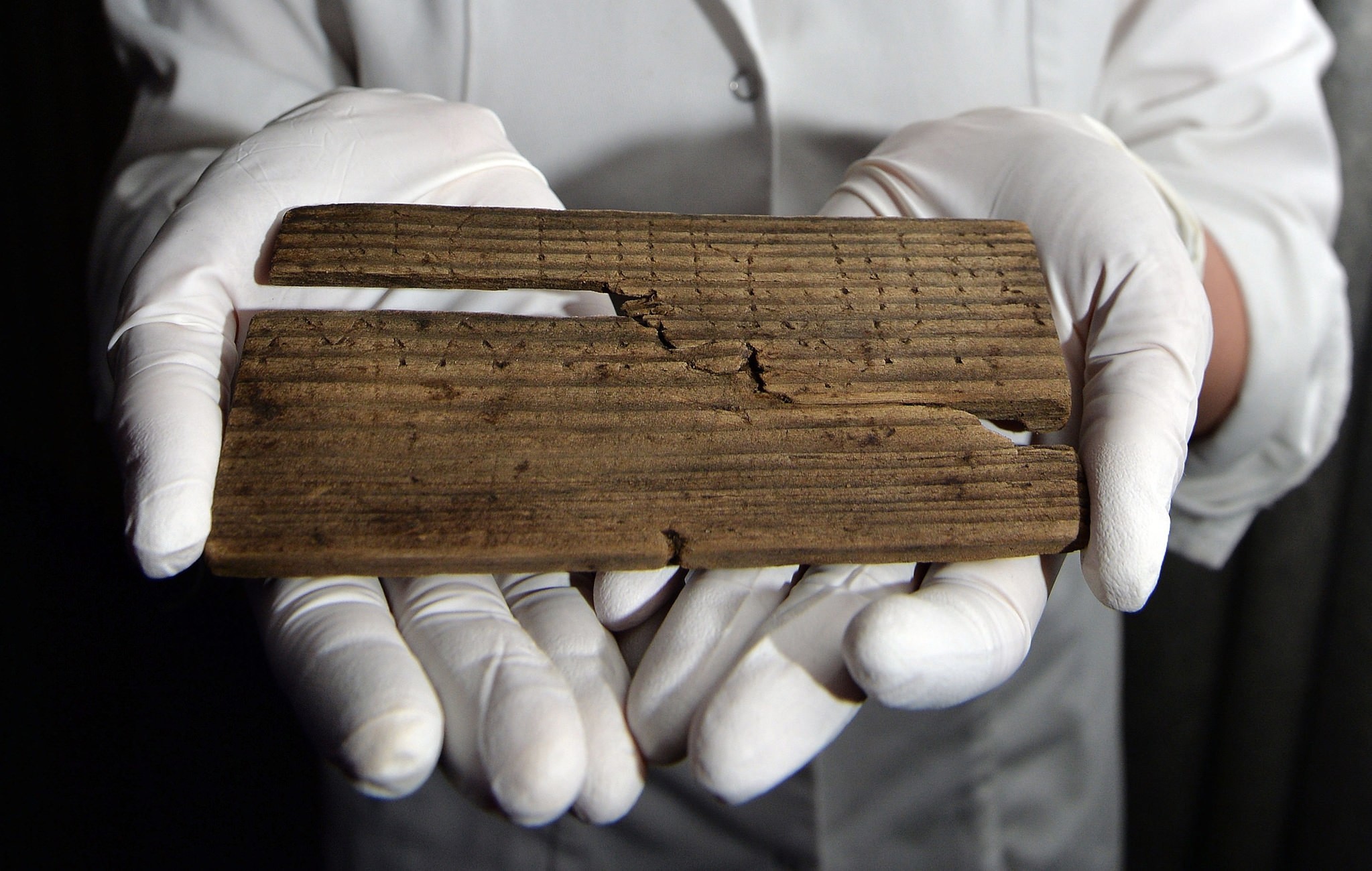 Luisa Duarte, a conservator for the Museum of London, holds a piece of wood with the Roman alphabet written on it in, in London, Wednesday, June 1, 2016 (AP Photo
by Associated Press Jun 01, 2016 12:00 am

Archaeologists say they have discovered the oldest handwritten document ever found in Britain among hundreds of 2,000-year-old waxed tablets from Roman London.

Museum of London Archaeology experts say they found more than 400 wooden tablets during excavations in London's financial district for the new headquarters of information company Bloomberg.

So far 87 have been deciphered, including one addressed "in London, to Mogontius" and dated to A.D. 65-80 — the earliest recorded reference the city, which the Romans called Londinium.

Archaeologist Sophie Jackson said the find was "hugely significant ... It's the first generation of Londoners speaking to us."

The tablets were preserved in the wet mud of the Walbrook — then a river, now a buried stream.