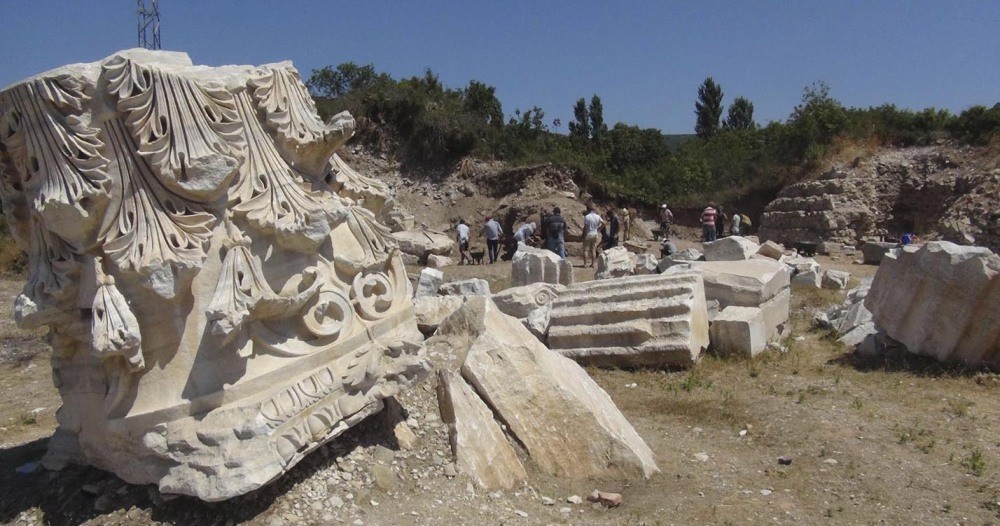 by daily sabah Jul 27, 2016 12:00 am
Erzurum Atatürk University's Department of Archaeology Associate Professor Nurettin Koçhan has said the department has had a hard time finding workers for excavations in the Cyzicus archaeological site, which is located in Balıkesir's Erdek district.

Speaking to the Anadolu Agency, Koçhan said the plan is to extend the excavation, which was launched on July 19, until September as long as their funding is not withdrawn. Koçhan said this year's excavations are being carried out by a nine-member excavation committee, an architect, 10 students and eight workers, adding: "Just as we did last year, we will focus on the western part of the Temple of Hadrianus during this year's excavations since we are aware that we are on the right track thanks to the lime pits discovered last year. However, we do not have much information about this side of the temple as additional buildings were added during medieval times."

Stressing that the Erdek Municipality, Balıkesir Governorate and Balıkesir Metropolitan Municipality support this year's excavations, Koçhan said: "We have not had an excavation house for years. The Erdek Municipality promised to build one for us. However, our biggest problem is finding workers to work at the excavation site. We offer TL 55 ($17) a day to a worker but we pay for their insurance as well. However, workers do not usually care about the insurance and want to work for employers who give them more money but do not pay for their insurance. We have a hard time finding workers."
RELATED TOPICS