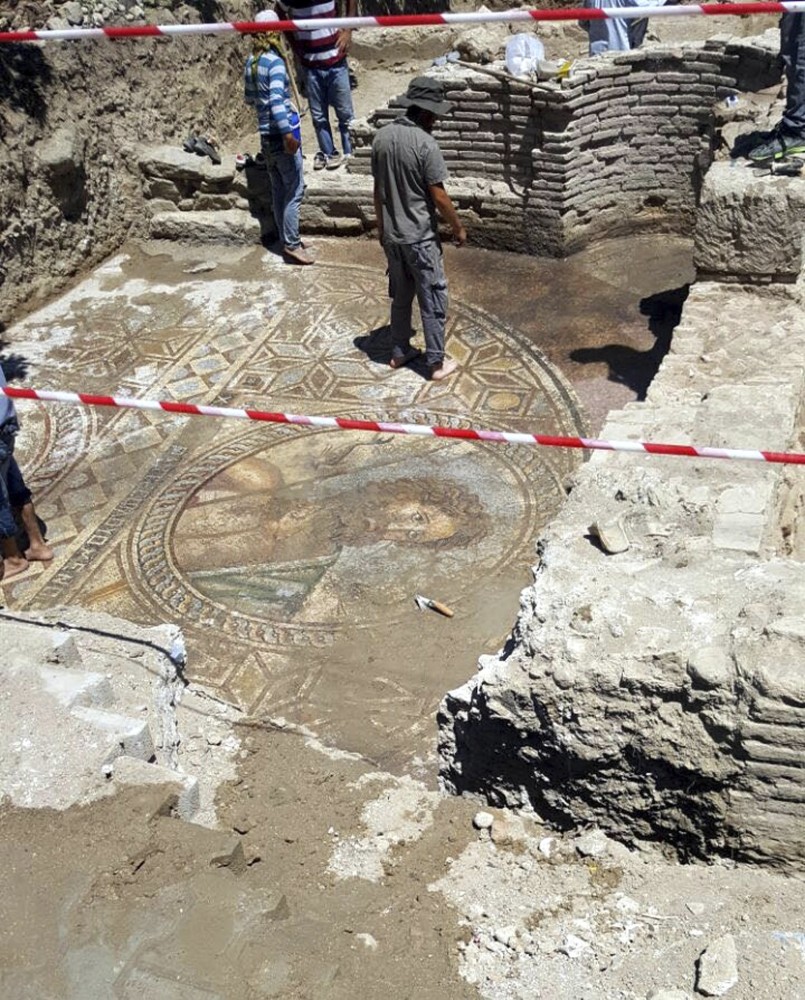 Adana Provincial Culture and Tourism Director Sabri Tari said that the district of Yumurtalık used to be called "Aegae" in the ancient era and the history of the city, which was an important port during the Roman era, dates back to the second century BC. He said the ancient city had an important strategic position and served as a naval base during the reign of the Roman Empire and was also famous for its health facilities dedicated to Asclepius, the god of medicine in ancient Greek religion and mythology. He added that one of the three biggest Asclepius temples in the world used to be located in the ancient city of Aegae.

Tari said the region is rich in historical significance. They had previously found a mosaic depicting the god of love, Eros. "We found a new mosaic during recent excavations. The Poseidon mosaic, which is a rare one in terms of its beauty, was unearthed in the grounds of the public bath," he added.

Adana Museum Deputy Director Nedim Dervişoğlu stressed that they place great importance on the excavations, as they believe they will bring out Adana's historical potential and said that a number of excavations are taking place in different parts of the province.

Stressing the importance of the recently discovered mosaics and the Greek writing, Dervişoğlu said: "We found a mosaic in a field over a space of 11.39 square meters in two main panels during excavations. The depiction in the southeastern part of the mosaic was completely destroyed; however, the depiction in the north panel shows Poseidon carrying a trident."

Poseidon, also known as Neptune in Roman mythology, who is the god of the sea, earthquake and horses in Greek mythology, is the son of Cronos and Rheia, and the brother of Zeus and Hades. He is described as having a rope wrapped over his shoulder. Apart from the depiction of Poseidon, the mosaic also features the depictions of dolphins on both sides of Poseidon. According to archeologists, the depiction will be more meaningful when the excavations around the mosaic are completed. The mosaic is believed to date back the third or fourth century B.C.
RELATED TOPICS